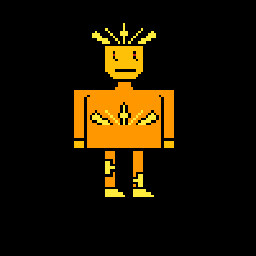 Welcome To Hypogean! Prepare For War!

Hypogean is a 2D action rpg with a heavy emphasis on story that bolsters a unique combat system allowing for flexibility and player expression. With the ability to sacrifice subordinate's, equip core's like knockback or stun to your sword and shield allowing for creativity in your future boss encounters.

Protect Your Kingdom Against Invaders! Pick From 6 Different Cores!

With 6 different cores Slow, Stun, Fire, Poison, Stat Up, and Knockback available your gameplay style is always changing. Spend your free time exploring the city and world while completing mini games bettering the life of your citizens or going on social events with your subordinate of choosing.

Hypogean, a community of humans that have lived peacefully underground until they received an offer from a neighbouring kingdom Avian relating to their abundance of energy sources that could lead into war! Use the cores given to you by those who have put their faith in you to succeed.

Sacrifice Your Subordinates Or Fight Alongside Them!

A world only has limited resources, yet those of us living would rather lead a life of comfort compared to one of reservation. When those limited resources start thinning out only those with a strong will and army can survive.

It is up to you, the Prince of Hypogean to decide whether protecting your people’s resources is priority or to sacrifice their leisure lifestyle for the benefit of others. Traverse the crumbling lands learning skills from those around you while also befriending the animals in the wild in this 2D RPG, develop yourself into one who could even defeat a Hero.