“The game isn't in a finished state right now, but I still want to let people experience and enjoy what cheesequest currently has to offer! Early Access gives me the opportunity to share my game and get early feedback on things like balancing.”

“The game will be in early access until it's in a place that I'm comfortable calling it complete. This should hopefully be within a year - I'm aiming for a final release date of Q4 2023.”

“The current version of the game has a tutorial, a small selection of cards, and basic gameplay.”

“The price will gradually increase as the game nears completion.”

“I'm planning on getting feedback from the community for things such as card mechanics and game balance! You can get in touch at the GitHub issue tracker (https://github.com/Ratismal/cheesequest-support/issues) or Twitter (https://twitter.com/cheesequestgame). A Discord server is on the way!”
Read more 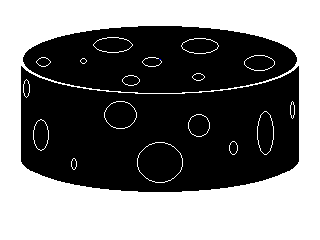 Inspired by games such as Inscryption or Slay the Spire, cheesequest pits the player against an unknown opponent in a series of card battles. The objective is to stockpile food by growing crops or raising livestock, while fending off your supplies from any hostile creature that may be lurking.

Fill your food gauge to win. Be careful - slip up, and you could easily starve.

Gain cards, augment them, and fuse new ones.