◇Over 350 puzzles included!
New 5×5, 15×15, and 20×20 puzzles have been added along with the puzzles from the smartphone app "Hatsune Miku Logic Paint - MIKUOGI -"!
Clear the stages to get illustrations of Miku and friends!
Collect artwork by completing many stages! 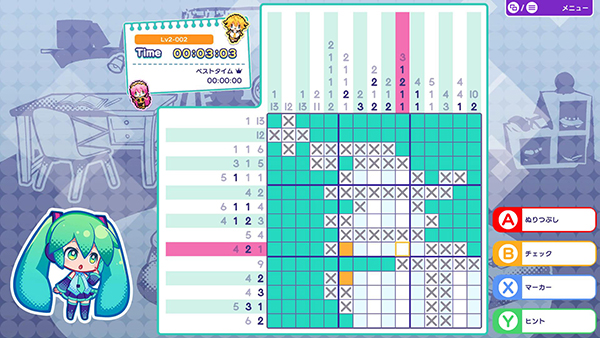 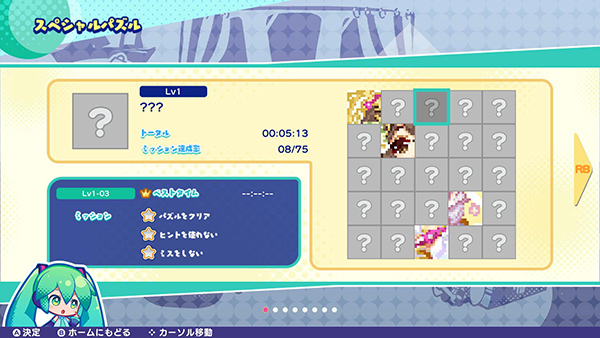 ◇Choose your favorite characters!
Enjoy puzzles together with your favorite Piapro Characters in Miku and friends' room!
They'll cheer you on as you work on the puzzles! 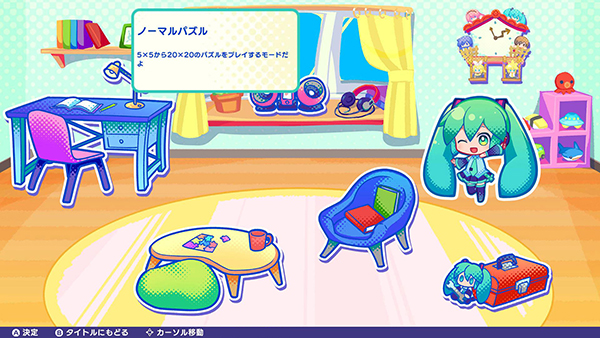 ◇Piapro Contest Songs Included!
Clear puzzle missions to earn Stars!
You can unlock new songs by collecting a certain number of Stars.
Set your favorite songs to play in the home screen and puzzle screens! 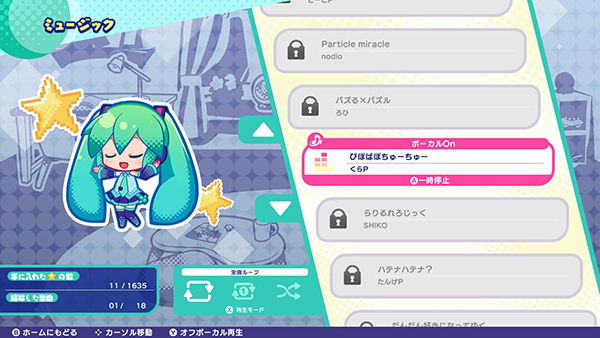 ◇What is Hatsune Miku Logic Paint?
Use the numbers to the top and left to fill in the squares and complete the image!
Place an "x" in spaces left blank to prevent mistakes!