Dip your toes in and go back to where it all began as you team up in two as detective duo Old Dog and Ally, up against the Cryptic Killer. For the first time in the series, you'll encounter a labyrinth of puzzles and challenges laid by one of the most devious minds in the world. Solve puzzles, crack codes, and find a way out.
Have you got what it takes to crack the Unsolved Case of the Cryptic Killer?

Unsolved Case is a free game for two players to complete in 60-90 minutes. In this puzzle game, you'll get a taste of the mystery to come over the 5-part Cryptic Killer series.

Years ago the twisted Cryptic Killer was put away behind bars at the infamous Anagram Asylum. But today, he's back, and he's taunting the detectives. Did they catch the wrong guy, or are they looking at a copycat killer?

A new lead arrives in the form of a mysterious locked box. Delivered direct to their addresses, detectives Ally and Old Dog are once again sent on a chase that'll challenge them unlike any case before. Explore new locations, crack codes, and unravel the mystery. In this prequel, you're invited to step into the detective's shoes and return to where it all began.

THE ONLY WAY TO ESCAPE IS TO WORK TOGETHER

Two minds are better than one, and the only way you'll be able to crack the Cryptic Killer's codes is by working together. Through separate screens, you and a friend will be given half of a puzzle at each location. Communicate, collaborate, and work together to push your puzzle-solving skills to the limit.

📦 Crack the codes to get into the locked box
🧠 Combine your knowledge to solve challenging puzzles
🧩 Fax each other information across two locations
🎲 Rewire equipment, hack the CCTV, and work together to escape
✏️ Get creative - some puzzles require you to draw on the screen
❄️ Hurry, or you'll lose more than just the case! 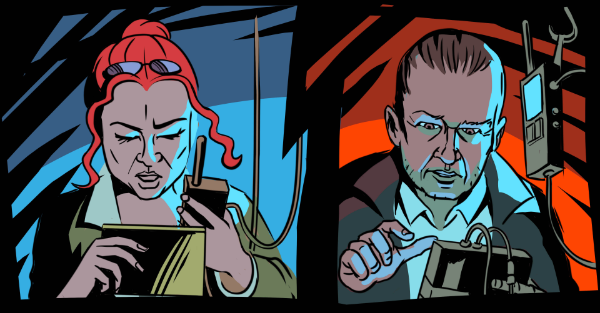 Five friends from Scotland and Poland, brought together by a love of games and puzzles, decided to create an online escape room that would challenge, excite and entertain. Dozens of puzzles, hundreds of hours, thousands of coffee cups later, Eleven Puzzles was born and the Cryptic Killer series of digital escape rooms was published online. After being played by tens of thousands of escape room enthusiasts worldwide Eleven Puzzles have expanded the team, improved the series, and are bringing their long-awaited, award-winning escape rooms to Steam.