“I must say this game is easy for VR sick people like me. Really well balanced, easy to rotate but there is no need to. Very engaging. Some levels would require a retry but it was good feeling when finally passing it. Recommended.”
5 Star – kraskish

“Could not stop playing. I like that the difficulty isn't progressive because after some stages...it's nice to get a less challenging level as a break.”
5 Star – Togathic

Win a FREE brand new Quest 2! Click on the link above to enter Discord. We have great prizes waiting for you, a 100% winning rate, join us now! 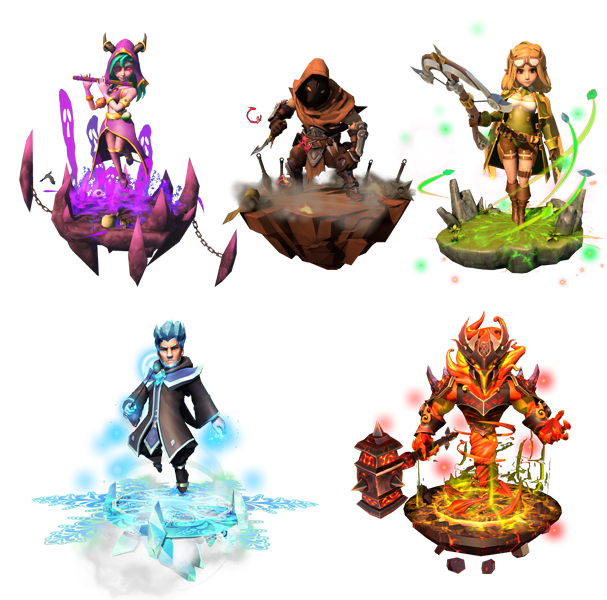 Heroes are fully refreshed, Sylvanas, Rikimaru, Calypso, Surtr, and Froster are coming with their cool weapons! In this version, you will experience the magic of Surtr's fire hammer, Sylvanas' crossbow, Rikimaru's dagger, Froster's magic wand, and Calypso's flute for the first time. Welcome to leave FEEDBACKS to help us optimize the current version, we hope to bring a better gaming experience for you!

All the TD strategists, come and join this battle of wit! Enemy troops have arrived at the gate of your keep that may fall into pieces at any moment. You can smell fear on the ramparts, one wrong move and defeat is nigh. Block and occupy enemy towers while strengthening your own. Look, all the soldiers are cheering to celebrate your final victory!

Tower Defender is a strategy TD game with roguelike gameplay, developed by indie game developer Suplife Games. Your intelligence is put to test in the world of Tower Defender where you need to strategically select and combine skills cards, releasing spells to conquer enemy towers!

You can either break through the endless gameplay, to the highest number of levels to challenge. You can also embark on a super exciting journey in our Roguelike gameplay. In four different scenes of Forest, Snowland, Desert, and Cemetry, you can freely choose and combine skill cards, and develop the best strategy to attack enemy troops or defend your own towers. Form your own hero team and defeat the final boss!