“Run4YourLight development started in summer 2021. Today we want to give the access to our current version and give you the chance to try it. It is also for us the opportunity to test Run4YourLight with players and help us to match players expectations.”

“The game will be in early access during the remaining time of the development. We plan to continue to work on the game until summer 2023 with the final release of the game.”

“The price of the game will increase when the full set of features will be realeased.”

“The community is welcomed to join our discord channel to give feedback on the game and give their vision on how the game could evolve !”
Read more

Run4YourLight is happening in an magical and mysterious world, where spirits of animals are fighting through an eternal epic battle.

The simple mechanics make Run4YourLight very accessible for everyone and create friendly competitive environment. This leads to unforgettable moments to share with family and friends.
‍

Stay in the light 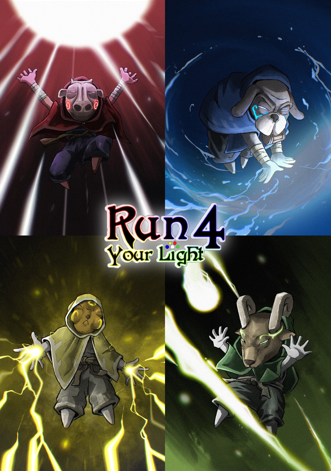