“This an ongoing experimental artwork. You can find the latest version of the project here first before it gets exhibited anywhere else in the world - and you can help test it, improve it, or share ideas on where to take it next.”

“It's very hard to say at this point - maybe a year or so to make it feature rich enough to be a complete product.”

“Currently it's a generative screensaver with minimum interaction. A digital version of a wall mounted artwork to help relax and focus.”

“We will keep posting all the updates of the game and the news of it on all our social media. Feel free to reach out with any ideas via our Twitter:
https://twitter.com/marpistudio”
Read more

Relax to an endless generative artwork in a form of a digital art screensaver. This procedurally generated piece is inspired by a mix of imaginary robotics, and abstract, alien like arachnids, crustaceans and insects. Originally a site-specific interactive art installation, now coming to Steam as an audio-visual experience.
It's an experiment in randomness, mixing Unity pseudo random function generators, Perlin noise, Brownian motion, hypercubes and trigonometric functions, bringing you infinite shapes and colors. 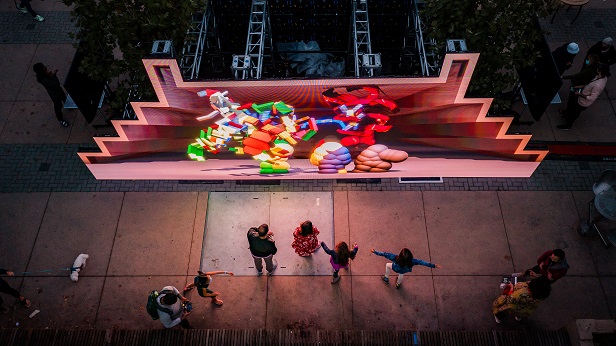