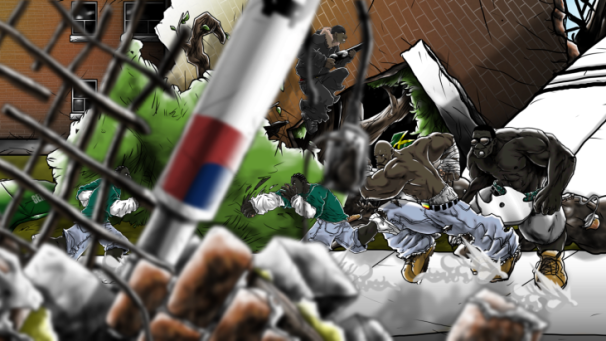 
BLACK OTAKU - SOS coming soon to Steam after ported to the Unity Engine with the special Black History Month 4-ever price of $1.75-ish (because February is a short month).

"THESE GUYS ARE PIONEERING THE PLATFORM" - Isaiah "Triforce" Johnson
"THINGS I LOVED ABOUT THIS GAME …" - The Lab Video Game TV
"WOW, THAT LOOKS WICKED" - XboxOne-HQ
"DEFINITELY HAS POTENTIAL" - theZoneGamer

Big guns have begun an attack on YOUR communities, and trust, bredren, YOU DI ONLY BLACK MAN DAT CYAN STOP DEM ...

and di only way to stop dem, is to run-right and shoot everything that moves!!!
* Parked cars don't move, but they explode so shoot those too!!!

Yes, bredren, YOU di only brotha that cyan protect YOUR communities from the big, muscled up Rigs ready to kick you in your face, silent shotgun wielding Shotties trying to put some holes in you, Nigerian Dambe Fighters repping their green, white and green, the TTA cru, Rhino Knifers, Akimbo Uzi machine rinsers and even more enemies ready to put you down!!! 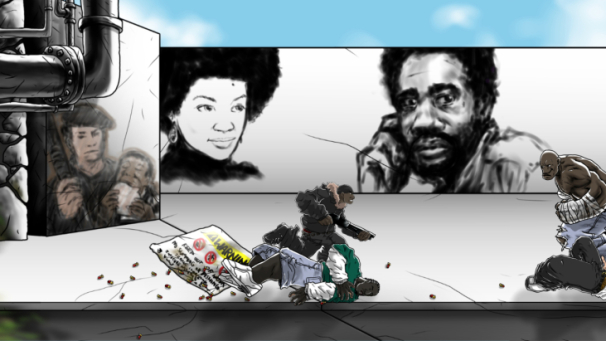 Now on Black History Month 4-ever sale at a special price of $1.75-ish because February is too short.
"CULTURE BROUGHT TO YOU PROPER ONLY FROM SMALL BUSINESS".

* game gifting also available for this game to buy a copy for any friends worth $1.75-ish!
* $1.75-ish CAD/USD dollars. Prices will vary depending on region and exchange rates. 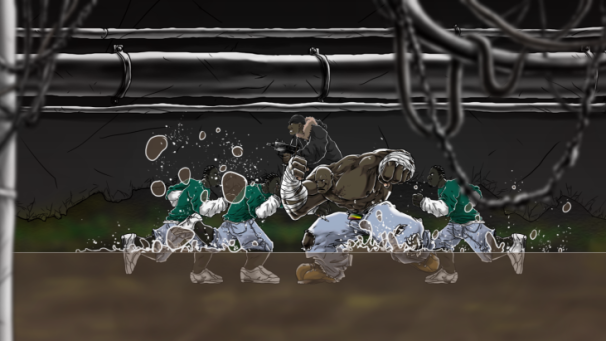 © Def Sauce. ALL RIGHTS RESERVED. YOU HAVE NO HONOR.