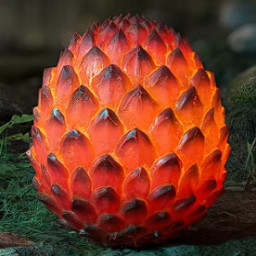 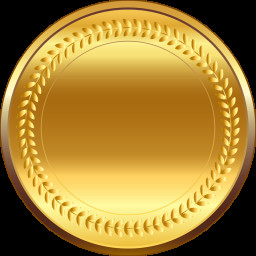 Mysterious incidents were reported in abandoned locations. The Gate of Hell has been opened and demons are troubling here. Ram Ganger, special agent of WOM, arrive to send the brood of evil back to hell.
You landed in the middle of the Demons Apocalypse, try to stay alive as long as possible.
The good news: You don't have to crawl into hell to fight the demons, the demons come to you in places such as the Chateau, Palace, Pandora, Laketown, abandoned castles, etc. The usual dark caves and tombs are of course also present.
The bad news: You can't win, you'll die.
Death is certain for you. You cannot win in this game, the game will beat you. This game is like life, it ends with death.
Don't look for the demons, the demons will search and find you. Search for ammunition to stay alive as long as possible. Use the weapons properly: Strong weapons for strong demons, flamethrowers for flying demons, etc.
Move through the map and collect ammunition and extra lives.
You start with a limited number of lives and ammunition. Ammunition and extra lives are spawned after some time. With every minute you survive, the game becomes more difficult, every minute more demons attack you and you find less ammunition and extra life every minute. Once all your lives are exhausted, the battle for survival is over for you.
You can win Steam Achievements on each map: Bronze if you survive 10 minutes, silver if you survive 20 minutes. The best of the best win gold after 30 minutes.
Furthermore, 3 dragon eggs are hidden in each map (but not in the Random dungeon Maps). There is an Steam Achievement for every dragon egg you find.
There are 84 Steam achievements in total.

REMARK: The Achievements are not available in game mode (Difficulty) easy. If you wish to use the controller, then you need to enable "USE GAMECONTROLLER" in the SETTINGS/CONTROLS Menue.

HINT: Internal testing on Steam Deck done: The game runs on the Steam deck using the controller sticks and buttons, but the "P" key need to be mapped to the Steam Deck "view" button. However, the menus have to be operated with the mouse or with the touchpad. On the Steam Deck you need to enable "USE GAMECONTROLLER" in the SETTINGS/CONTROLS Menue.

Cons:
- No "Heroes of Color" no "Female/Diversity Heros"
- The hero is a toxic white old man
- No keyboard remapping
- No brightness adjustment
- No FOV slider
- No Windowed mode
- Exploding, small, suicide lava devils that annoy you (this devils are a disease!)
- Steam DRM

IMPORTANT REMARKS:
- If the game is to hard for you the first time, then try Difficulty level Easy first (available in the Settings Menue)
- Only Xbox Controller and Xbox compatible Controller are supported !!
- For the Menue the Mouse is required
- If you wish to use the Xbox Controller you need to enable "USE GAMECONTROLLER" in the SETTINGS/CONTROLS Menue. Also on the Steam Deck you need to enable "USE GAMECONTROLLER"
- "REVERSE Y-AXIS" in the SETTINGS/CONTROLS Menue is used for Mouse and Game Controller

This Game contain content not appropriate for all ages, or not be appropriate for viewing at work: Frequent Violence and gore. Blood and gore in realistic graphics. Violence on human-like characters. Multilated and dismembered and/or burning bodies. Fear-inducting athmosphere, events, and characters.