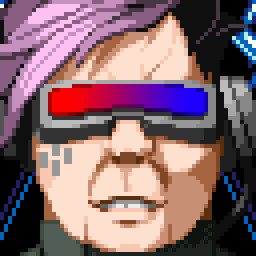 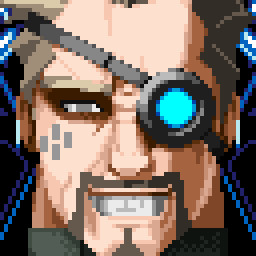 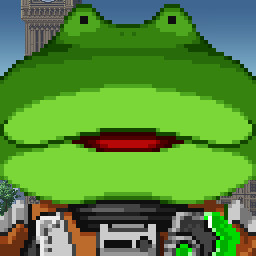 This is a side-scrolling shooting game in which the player takes control of the "Drainus", a ship that can absorb energy bullets, to take down the countless enemy ships zipping through space. Energy absorbed can be used to enhance the ship's functions, such as adding new weapons.

The Planet Halpax is located in the far reaches of space, suffering from the oppressive rule of the Kharlal Empire. One of the slaves residing there is battling an illness. He must return home to the faraway planet of Earth to be cured of the disease, known as "Planetary Compatibility Disorder".
His daughter, also a slave, is both devastated by her father's illness and helpless to do anything about it.
At that moment, a humanoid named Ghenie, who looks strangely like a frog, appears and says, "I have come from 50 years in the future. A galactic war is about to break out, in which more than 5000 planets will be annihilated by the Kharlal Empire. I have come to this time period to stop that war and the oppressive rule of the Kharlal Empire. I need your help."
Why me? What can I do? Irina had no idea what was going on, but her father's illness was worsening by the minute. With no time to hesitate and nowhere else to turn, she takes Gehnie's green hand and sets off...
Now she has begun her journey into a universe filled with the armies of the Kharlal Empire, and her quest to reach her distant home planet while taking the Empire down once and for all.

The "Reflector", which absorbs enemy shots, is the most distinguishing feature of this game.
When activated, it absorbs enemy attacks for a certain period of time. Counterattacks can then be launched in accordance with the amount of attacks absorbed.

The absorbed energy is also stored in tanks. That energy can be used to enhance the various functions of your ship.