“The reason why it is Early Access is to gauge the community on how well the game will be received along with all the mechanics associated to the world. It is in that, that will require crucial feedback from players who will be accessing it prior to the official launch.”

“An estimate will be a year of Early Access mode. So sometime until 7/22/23, will we expect the early access to finish.”

“There is alot of factors and variations that can occur but mostly it will be the following:
A comprehensive level-design mechanic that involves a unique pattern-based generation for maps. The format can and will be tested, it can be a fractal design or some other level-design. Of which will greatly affect how the levels will be played since it is important for players to feel like they're in a mysterious yet comprehensible level world.
Another would be the style and/or theme of the levels, which will mostly be adjusted greatly based on player feedback and can look much more different than what will be presented in the early access game.
Another would be the cinematic events and or story-mode of the game, that will require some time for adjustment and will be changed frequently as well.
Functionality of playing will be changed and testes drastically, such as player with a team or playing solo. Along with mechanics of interactions within the game and world.”

“The current state of the game features levels that are procedurally generated along with intricate level design mechanic for certain levels to feel more special than others. There are enemies called, "Entities", that can harm players during levels. Not to mention that there are scripted events and interactable areas within the levels that can affect the player(s). The playthroughs will be unique in that the random seed of the generated levels will differ greatly.”

“The plan will be that we will have a base game where it is still Free to Play but to unlock and/or access more content within the game will have a price. That price will be reflective upon the new content that is added to the game along with the improvements that is done during Early Access.”

“The community feedback and involvement will be necessary in order to develop the right game. By entering into early access, we have the ability to correct, adjust, and develop better based on the player feedback. The community can contact us via the Discord and/or the Steam discussion page. They can leave suggestions regarding the game and be able to provide out new ideas for the game features, as well as report bugs. Implementing those changes will be flexible and more applicable with the community contributing, making it a great way of having an efficient development process for the game.”

This game is a high-depth walking simulator at the moment with some delirious and often times maddening labyrinth levels. Especially for level 0, which is the epitome of the Backrooms world. Now this world of existence is simply put, a race to explore your way out? -in? -somewhere... wherever you noclip to...or take the elevator. Yes... there are elevators.

Point is, players will experience the world of backrooms in a much more meaty and passionate experience from the developer(s). That's basically it, this is a community-oriented game project. So soon enough, more gameplay features and systems will emerge over time, depending on generous donors. As per usual, this is a liminal horror and mind numbingly curious world in regards to finding out what more can be explored. An adventure of sorts, into the backrooms. 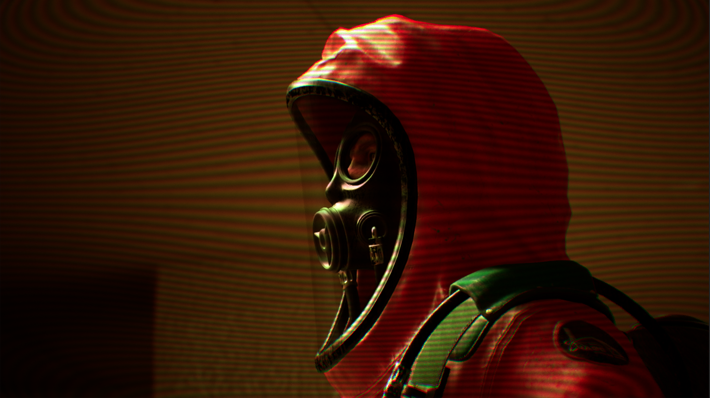 On a serious note, this game world is an attempt to make a more comprehensive and calculative approach to the design of how the backrooms world will function as a cohesive world level design. The framework will utilize some unique design systems that we're researching and hoping to implement in this game project. Fractal generation to name a few. With some fancy additional algorithmic optimizations and formulas to better improve the framework of the game world. Not to mention a performance focused game using multi-threaded generated level helps in the design aspects of large maps complicated maps. In short, this isa bout a meaningful and unique design project with a backdrop theme for players to enjoy themselves as we explore the backend research of game systems. A win-win scenario.

Now here's a scope of what you may expect for gameplay in the future:

• Research Exploration, Hunting/Bounties, Rescue and/or Courier Missions
• Multiplayer Clans/Organizations system for Roleplay
• Custom-made levels, entities, and possible lore for backrooms world. (Mod support?)
• Survival with core stats such as thirst, hunger, stamina, sanity, and so forth. -but with more in-depth animation and simulative style. (Little to no HUD)
• My own story lore for Backrooms, with future DLC story missions to the backrooms world.

These are just some speculative ideas; the game development will still heavily involve community feedback and community-based creativity to build up on. As we are surely certain we'll be bombarded with numerous ideas and suggestions. This is just some of many implementable aspects to the gameplay.

It is vital to ensure that the players feel the motivation needed to traverse within these head-inducing and often times-maddening levels. Especially since boredom will decay the enthusiasm of an individual's fun within the game. It's still not going to be meant for most people, since this is basically a walking simulation for our early-testing development, but it'll soon grow to be a well-intended craft with purpose behind it.

So, with that in mind for the future game development- Level 0 will feature the comprehensive design that will be vital to understand our backrooms world. (Lore-related in mind and framework specialty) The idea would be to challenge players to a highly focused level where the unique level design will be featured, and additional supportive features will keep players at a sadistic level of "speed-run" exploration. The same can still apply for most levels but will feature level 0 as the centerpiece level of it all. Just with more concrete mysterious to uncover from it as opposed to just simply traversing to other levels, so spoiler alert, the truth always will lay within level 0.

Game Is Under Development- join our discord server!

Should be located to your right on the details panel of this game!