SpellTome is a story driven 2D adventure platformer set in a fantasy world. You will explore a lakeside castle, navigate it's corridors and floors, dodge traps and fight magically animated weapons, armor, and more. The game follows our magic blinded protagonist on his path to steal, ehem, borrow the fabled SpellTome and uncover it's magic secrets.

What is Unique about SpellTome?
SpellTome is different to other platformers by using a combination of mouse and keyboard to deliver fast and precise combat. The other defining feature is the complete lack of melee weapons. As the game is based on the story of a wizard the game doesn't feature melee combat, since we all know that wizards don't do knives.

Will you be able to unravel the secrets of this ancient castle now wizarding vault?

Enter the world of: 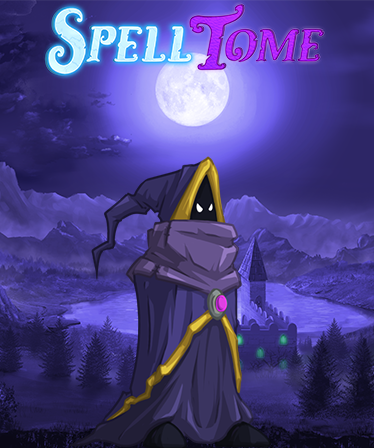