Dreams in the Witch House 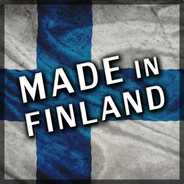 Recommended
By Made in Finland - Tehty Suomessa October 15, 2022

Arkham, Massachusetts 1929. Walter Gilman, a promising math student, has just moved to the city and is starting his studies at Miskatonic University. The Dombrowski’s boarding house where he resides has a bad reputation, but Walter doesn’t mind the old rumors... Until the dreams start. A hideous scheme is underway, and if Walter is not careful, it could cost him more than his life. It could cost him his soul.

Dreams in the Witch House is a unique mix of classic point and click adventure and open world RPG. The gameplay is nonlinear and many of the elements are generated randomly, making each playthrough different.

You have two months to prepare Walter for the dreaded May-Eve. How you spend the time is completely up to you: concentrate on studies, get friends and stay in good physical and mental state. Or explore the old rumours, read the forbidden books at Miskatonic University, and work on your occult thesis. Or just stay in bed, and hope that it all goes away!

Based on the short story "The Dreams in the Witch House" by H.P. Lovecraft.

The game contains violence and gore, and deals with adult themes like occultism, cosmic horror, and human sacrifices.