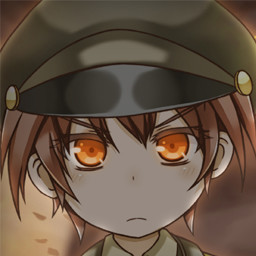 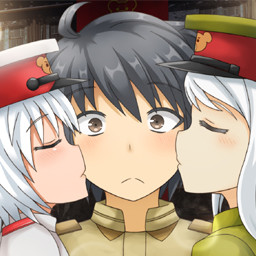 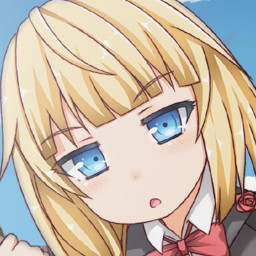 My Little Dictator, 私の小さな独裁者 (Watashi no chīsana dokusai-sha), is a satirical dark-comedy parody of WW2, featuring genderbent anime dictators and generals! A ridiculous visual novel with turn-based battles, decision branches based on player choices, romance, drama and lots of fun things to play and unlock...

The world is on the brink of destruction. The treaties of the past have failed. Tensions brew as the Europa powers prepare themselves for war. The young dictators of the continent find themselves drawn into battle...

Yamato Yamamoto, a disillusioned but brave soldier from the Empire of Zipangu, is sent on a secret mission to spy on the Füühbar of Germania.

Can Yamato handle these deceptive, towering figures of history - the cruel Adorofia Hitora of Germania, the sly Gallia Cyrano of the Republic of Franzo, the bold Winstefina Churchill of the Empire of Britannia, the lazy Benita Mussorinni of the Empire of Vitalia, and the devilish Iosefina Starin of the Union of Sovia?

Will his mission be a success? Or will the world be plunged into further tyranny and darkness? The clock is ticking as the continent sleepwalks to its doom...

Most of the game utilizes a traditional visual novel format, where the player clicks to advance the story and makes choices. These choices determine the ending you get. As you play and interact with characters, you unlock character CGs and other artwork, as well as music tracks, that can be accessed from the bonus screen in the main menu. The game features three campaigns in the main story, as well as two side stories. These are accessed from the Campaigns screen at specific points in the game, and an additional prequel game can be played after completing the main game. 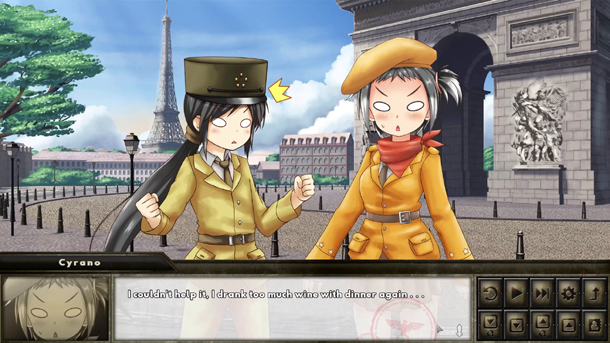 During the game, the player is assigned missions. Prior to beginning missions, a player will enter the map screen, where you can find all kinds of information relevant to upcoming battles, as well as the plot. You can see City Information, Wonders Information, the Mission Log, as well as Factions Information and different variants of the map. From this screen, you can choose to play Side Missions ahead of a Main Mission each time, to build experience and unlock extras.

The game features turn-based pixel-art battles as part of the missions. There's a good mixture of real-world fighting, tanks and weapons, as well as magical attacks and special skills. Fight on to win in order to continue the story, as well as to unlock extras. For players solely interested in advancing the story, you can skip these battles in Easy mode... 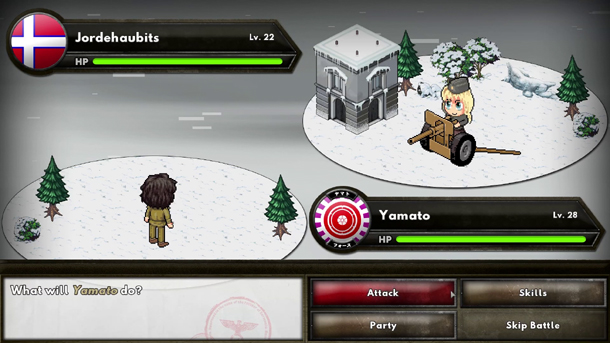 Prior to battles, the player will be presented with this screen, where you can select a party to fight with. There are different kinds of fighters to choose from, as well as useful hints and info, and research trees. As you play, and based on choices you make, you can unlock different kinds of soldiers, tanks, planes and commanders.

There’s plenty more to see, experience and unlock so why not give it a try? We hope you will and have fun playing My Little Dictator!

The game features hundreds of characters and unique character artwork. Below is info for just the main cast, the rest you'll have to discover for yourself...

You can read more character bios over on our official website.

Let's Plays Welcome!
We'd love to hear from you at our official Twitter

This game is a fictional work of parody, featuring comedic satire, and contains suggestive content. The makers of this game do not condone, endorse or encourage engaging in any conduct depicted in this game. This game contains references to warfare and war crimes, violence, genocide, jingoism, imperialism, fascism, communism, dictatorship, racial and ethnic stereotyping, intolerance, propaganda, suicide, alcohol, tobacco, nudity, and themes of a sexual nature. As such, player discretion is strongly advised.

All characters, names, businesses, places, products, events and incidents appearing in this work are fictional. Any resemblance to any real persons, living or dead, is purely coincidental. No identification with actual persons (living or deceased), names, businesses, places, products, events or incidents is intended or should be inferred. This game is a fictional work of parody, featuring caricature as well as satire, and contains suggestive content. This game was designed and developed by a global team of creatives of various beliefs, backgrounds and ethnicities.

The makers of this game do not condone, endorse or encourage engaging in any conduct depicted in this game. This game contains references to warfare and war crimes, violence, genocide, jingoism, imperialism, fascism, communism, dictatorship, racial and ethnic stereotyping, intolerance, propaganda, suicide, alcohol, tobacco, nudity and themes of a sexual nature. As such, player discretion is strongly advised.

© 2022 WarGirl Games, All Rights Reserved, My Little Dictator and all elements thereof