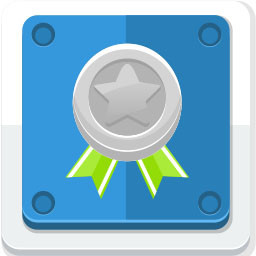 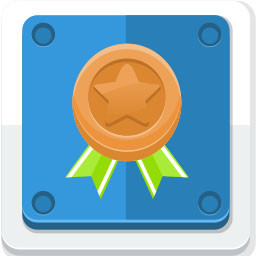 “Hello there, I'm Raphael Leng, a game developer from China.

This is my first game on Steam, or rather the first game I made and released as a solo developer.
It has been more than a year since the initial gameplay idea. But since I am developing it all by myself in my spare time, even after doing it for so long, the content that has been completed is still very limited.
The number of characters and maps can't support the game content for a long time, and you can't even play online.
Fortunately, the basic framework of the game has been built, and the content will be expanded horizontally in the future. I think I could keep updating it.

In fact, there are still many development plans in the future. For example, I plan to launch LAN online battles in the next two or three months.
There should be more characters and maps, each with a different appearance, maps with different landscapes, and even more game modes and gameplay mechanics.

But after all, I'm not working on this game full time. In the case of a lot of overtime in the company, it may take a long time for a very simple function. So I want to collect opinions first, so as to determine the future development direction. That's why I chose to launch EA at this stage of development.”

“Optimistic estimates are at least half a year.”

“In my plan the full version includes LAN online. More characters and maps are expected, and a new game mode may be added.”

“The current version contains a dozen characters and a handful of playable maps. In these completed maps, you can play against AI to unlock later content, or compete against each other in a game with your friends - but because it is currently only available play on one device, so now multiplayer needs to take turns using the mouse on different turns. This does have some inconveniences, but I don't have any good ideas for now.”

“Will not. The full version will still be a free game, and the game will not have any in-app purchases. If the game adds service halls, matchmaking, etc. (although it is unlikely to be realized) because of the cost of maintaining server leases, I am not sure about the details. But even so, I will guarantee that at least the part of single player or LAN online play will not be charged a penny.”

“You can currently reach me by email. Later, if I have the time and energy, I will also form a community of players to get more direct feedback.
Below is my contact information, if you have any comments or suggestions about the game, please do not hesitate to contact me! Your ideas are invaluable!

This game is a bit like backgammon, but you're dealing with more than just random dice rolls. More unstable elements fill the entire map! But that doesn't mean you can only win by luck, your strategy will be the key to winning the trophy!

More strange grid effects, and they will trigger in a chain. This means that sometimes the situation will be too complicated to predict, trust your intuition, or calmly analyze and win? It's all up to you.

Every character is unique - they all have different abilities, and using them wisely can help you stand out from other players' teams!

As the game progresses, you can unlock more characters and different map contents. Expand your collection, and grow your team. Can you collect all the characters? Come and try it!