LEZ
Developer
Daztrax
Publisher
Daztrax
LEZ is a rhythm game in the style of osu!mania with 6 keys. It's an indie game made by only one person in June 2020 with the goal to make a rhythm game with a unique design.
All Reviews:
Mostly Positive (30) - 70% of the 30 user reviews for this game are positive.
Release Date:
Developer:
Daztrax
Publisher:
Daztrax
Tags
Popular user-defined tags for this product:
Indie Action Rhythm 2D Singleplayer Free to Play Early Access
+
Reviews
All Reviews:
Mostly Positive (70% of 30) All Time 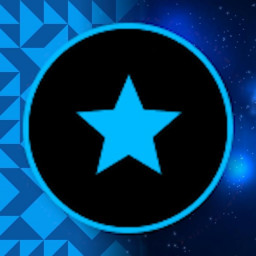 “Because it's missing a lot of things and maybe changes will be applied to the game, plus it is not complete with all the things it'll get, but with this option, we can get feedback for make the game better”

“The truth is that I'm not sure how long it will be in early access, but what I do know is that I will do my best to make it a great game. If the game will get a lot of feedback and updates, probably it'll be completed for 2023”

“The game ALWAYS will be free, it will not be paid when it is no longer an early access, this is due to the issue of song licenses, but you can support the game in the official website”

“During development, the community will be able to suggest or send feedback, either on the discord server or elsewhere, to improve the player experience.”
Read more

LEZ is a rhythm game in the style of osu!mania with 6 keys. It's an indie game made by only one person in June 2020 with the goal to make a creative rhythm game with a unique design.

Q: DID THE DEVELOPER BOUGHT THE LICENSES OF THE SONGS OR THE GAME?

Q: THE GAMEPLAY WILL BE ONLY WITH 6 KEYS OR CAN WE CHANGE IT?

A: The gameplay will be only with 6 keys (6K), because almost all the games like osu! (mania), Friday Night Funkin', etc, use 4 keys and we want to make the game more unique.

Q: CAN I BE A BETA TESTER OR CAN I GET THE GAME EARLY OR HELP YOU TESTING FOR UPCOMING VERSIONS?

Q: WILL THE GAME HAVE AN EDITOR MODE?

A: Now this is confirmed, and yes, the game will have beatmap editor. We have thinking a lot about this and now we can finally add that, but there's some rules:

Q: WHAT DOES LEZ MEAN?

A: We choose that name for make it like osu! (like make an original name) and we have thought that it does NOT have a meaning, but we discovered that it have a lot of meanings that we dont want to tell for security (you can search if you want, but we think that is not recomended, as we said, for security)