“Since this game is developed by me alone as my first commercial title, although most of the game has already been completed, part of the content still needs to be polished. Limited by my early inexperience in programming, the game code architecture was somewhat cumbersome, resulting in a series of problems when playing the game, such as the control method is not ideal, occasional lagging issues and technical bugs, and temporarily unable to do localization. Therefore, I hope to listen to more players' suggestions and feedback, further optimize the problems and develop the content, and finally can bring players a game as perfect as possible.”

“Around 6 months to 9 months, depending on the actual situation of problem optimization and content development.”

“The game will be available in Simplified Chinese only with a fully playable main storyline during Early Access. I plan to optimize the map system and control method, fix several technical issues and bugs due to the code problem, develop and complete the side-quest content with an extra map (about 1 area, 5-10 scenes), 1-2 bosses, and corresponding stories that are not available in the current build. Also, I will try to solve the localization problem, I hope to provide English localization at least for the full game, so more players can enjoy my game without barriers.”

“The game only supports Simplified Chinese, but it is a fully playable game with one main quest and 5 side stories, 15 bosses, 6 areas with about 70 scenes, more than 50 kinds of items and skills. The game only fully supports keyboard and mouse control for the time being, while the controller can be partly used, and will be further optimized in the near future.”

“The current plan is that there will be no price change. However, if players have more expectations of the game during Early Access, and I'm able to develop more content than originally planned, there may be a small price increase.”

“I will collect words from Chinese players through the local QQ group:707263555. For non-Chinese speakers, I will set up a Discord channel in the near future. Besides that, feel free to send emails or leave comments right on Steam. Any suggestion and feedback would be super important for me!”
Read more
English language not supported

*Introduction
TOOK lost his memory, face this world again with your weapon! In this game, you will experience:

*Game Features
- Hardcore Battle -
Judge the enemy's actions to dodge, block and attack is the core of the game.
The protagonist will challenge powerful and complex enemies with a fragile body and simple moves!
Of course, you can skip battles through various props…
（Thanks to our programmer and artist, DoudouMengmengRabbit.）

- Rich Gameplay -
There are a large number of items with different uses for players to collect in the game, and they may appear in any corner of the Moon Cave world.
At the same time, there are many mini-games to play such as fishing, crab fighting, mining, stock market, etc., which can relieve the tension during the hardcore battle.
（Thanks to our designer and artist, DoudouMengmengRabbit）

- Good Plot -（but not in English at the moment）
As the game progresses, the memory of TOOK slowly recovers, learn about the past of TOOK and the other six knights, and slowly unravel the truth of the Moon Cave world...
Expressed in the form of simple cartoons and character dialogues, simple and intriguing.
（Thanks to our writer and artist, DoudouMengmengRabbit.）

-This is a hard game.

-Level up to face powerful enemies. 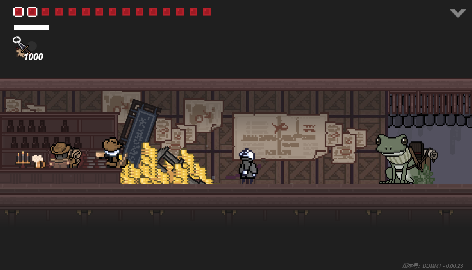 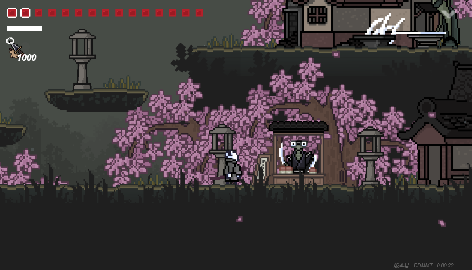 希望你喜欢这个游戏
Hope u enioy this game <3