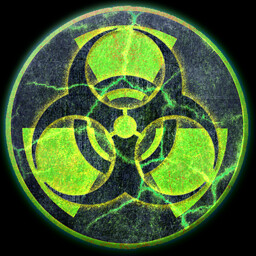 “We have carried out a large amount of work on the development of the game, as well as conducted internal testing, we believe that the game will not reach the status of the final version yet.
There is a large supply of ideas and play possibilities. We believe that early access will bring more players into the chemistry universe, which will allow the gaming community to actively participate in the development of the game.”

“We are currently undecided on the exact date, but we expect the game to exit Early Access in about 1-2 years. Since it will take time to implement all the content in general.”

“The full version will have much more game features, most of which will be aimed at developing the plot of the game, which will increase the role of the player in many areas of activity: in-game economy and trade; craft; base construction and improvement, raid monsters, etc. Much attention will be paid to presenting the history of the world through many storylines and environments that will allow players not only to understand the current situation in the game world, but also to understand the possible causes of the Catastrophe, as well solution to this problem zone.
There is also a much larger world awaiting players in the full version. During early access, we plan to add a large number of different territories / locations, which will allow players to fully immerse themselves in the process of exploring the world of the game.
In addition to all of the above, the full version of the game will contain much more different in-game content: an increased set of weapons and equipment; various equipment; a lot of both common and raid monsters; in-game events; pumping skills and perks; voice acting of game characters; many possibilities for crafting and much more.”

“At this stage, the game has implemented the basic (elaborate) functionality presented in the game description.”

“We understand that at this stage our game is not a finished product and during the time the game is in Early Access we will do a great job to make the game better and closer to its final appearance, and it is possible that we will increase the cost of our game after its release. from early access.”

“Before publishing the game in Early Access, we actively worked with the already formed gaming community on social networks and on our forums. At the early access stage, we plan to continue to communicate with our gaming community, we will follow the thematic discussions of the players, as well as listen to the opinion of the community, especially when it comes to various kinds of problems related to the gameplay, balance and mechanics. In addition, we always follow the suggestions, wishes coming in regarding new functionality in the game, and if these suggestions are supported by the majority of players, we try to implement them. Thus, the community can lead to global changes in the game, but in turn, if this does not contradict the lore of the game.”

3-person shooter, which takes place in an alternate reality of our time. A year after the global catastrophe, you woke up in a hospital and don't remember anything. You have to not only find out what happened, but also try to survive in this harsh dangerous world.

An experience
You will have to rely entirely on your experience in orienteering and memorize almost everything where you have been and where you need to go in order to survive and not get lost.

Study
The world of the game is large and requires special attention to the details of the environment.

Survival
The game throws you into a dangerous and harsh world, the danger of which can be cut at every turn. You have to monitor not only thirst and satiety, but also stamina and other harmful environmental factors, on which your life directly depends.