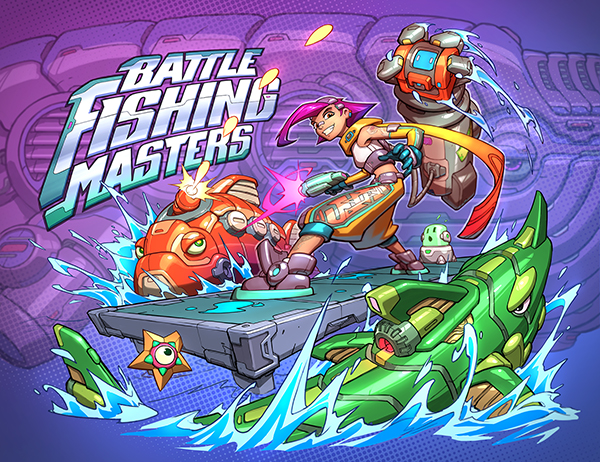 Welcome to BFM Island and your first day as the lowest rank in the annual Battle Fishing Master tournament. You play as Jaxie, a young and confident battle fisher determined to prove that she can compete with the best in the world. Her adventure starts with her new robot companion Clutch, while they learn the ropes by catching a huge variety of robot fish using twin-stick shooter style combat. Hunt fish throughout a series of deep wells full of randomly generated content. Battle against the fish you catch for cash, prizes and crafting materials used to unlock and upgrade new weapons, lures, gadgets and mods. Better gear allows you to fish deeper to find higher tier, harder to catch fish with better rewards. Once you are ready, challenge one of the 6 other fishing masters to rise in ranks and unlock new gear, new fishing locations, more quests and story progression.

Catch, battle and collect more than 150 unique robot fish and other sea creatures, each with its own behaviors and abilities. Level up and upgrade each fish to further customize the experience. Caught fish are displayed at the aquarium in your base. 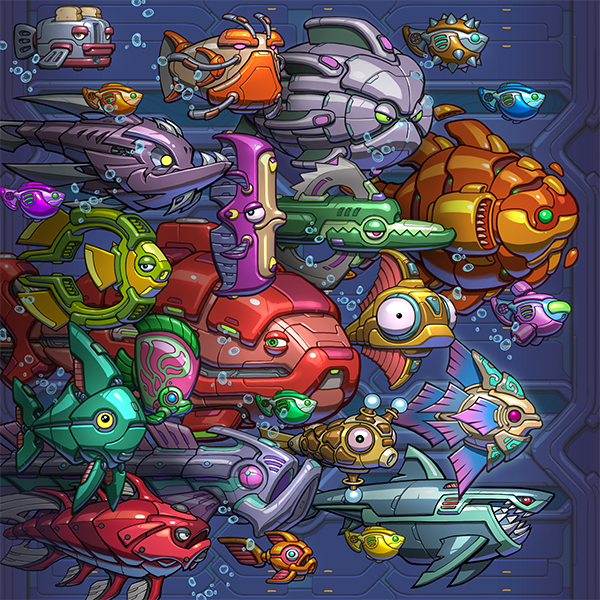 Learn all about the world of Battle Fishing Masters through the cast of amazing, fantasy characters and story lines.

Player controlled difficulty. Choose which fish and how many to fight after you catch them. Each fish has a different combat challenge level, so players can take it easy or go all in based on their skill level.

Many randomly generated fishing areas, each with unique fish for infinite replayability.

A deep gear upgrade and crafting system with each lure, weapon and gadget having its own skill tree. Plus more than 50 mods to customize your play style.

Put your skills to the test against 5 unique AI challenger bots and the 6 fishing masters in unique boss battles.