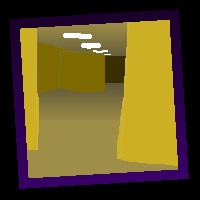 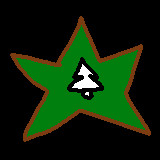 “The game is currently in Early Access so we can give the players can enjoy the game early without having to wait for the full release. Additional this means that the game may be buggy and being in Early Access will help shine light to bugs which haven't been seen in beta testing.”

“Until roughly December-January but I wouldn't hold that to heart as I did plan to release early access in September however its already ready.”

“Early Access will look like the full release just without some of the planned maps and minor features. For an example the full release will include:
Steam Stats for Endless Mode.
Multiplayer. (Co-op and PVP)
The Corn Maze.
Nightmare Maze.”

“The current state of Early Access is very playable. There are currently three levels plus a tutorial. The levels you'll find in this early access includes

Normal Maze - The quite literally "Normal Maze" is the original idea of Obama Maze, stick you, Obama, seven Obamiums, all in a brick maze and boom you've got a scuffed horror game idea.

Endless Mode - Sometimes referred as "Endless Maze" which technically is incorrect! Endless mode is basically normal mode but there is no limit to how many Obamiums you can collect as once you collect seven, six more spawn in, and repeat.

Forest Maze - You spawn in a forest... no sense of direction... no idea how you got there.... but you've got one goal.... collect seven Obamiums of course! In the Forest Maze you are placed in the middle of a forest with a river, some inclines, a couple of houses, a church, and some fun stuff. And also you're getting chased by Obama.

That's all of the current mazes that appear in Obama Maze. I do plan on adding a lot more for the full game and DLC.”

“The game will remain Free to Play before and after Early Access.”

“The community will help share light on bugs that weren't encountered in beta testing, already watching videos from the demo version helped me fix tons of bugs and lets us see how the player may interpret things differently.”

This game is a joke horror-comedy game. While its main idea was originally a joke, it's an amazing one and I have turned it into a game. You the player are a first-person character who seeks to collect 7 of said above "Obamiums" you face 3 Mazes in this Early Access.

Once you complete all 3 Mazes you're awarded with self esteem of beating a video game... for now.

This game is not an opinion or meant to defame the former United States President. This is a merely a comedy-horror game.