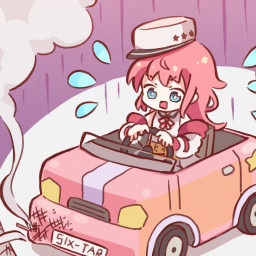 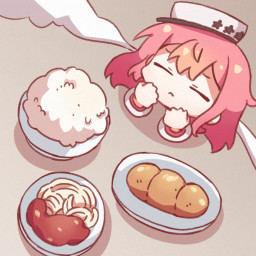 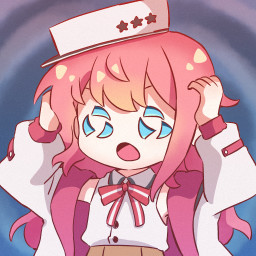 “As an indie developer, we have created our new rhythm game, Sixtar Gate: STARTRAIL, without the backing of any major company. Because of that, we need the help of our fans to lay a strong foundation so that we can build this rhythm game up to the level it deserves. Since we are including the players in the building process starting from the Early Access phase, we will be able to use their feedback to move this game in a direction that everyone is satisfied with.”

“Because we are planning to release Sixtar Gate: STARTRAIL on multiple platforms, including the Nintendo Switch, we are expecting that it will take anywhere from three to six months to create a finished game that is not lacking in either quality or content.”

“We are planning to have at least 40 playable songs in the finished version of the game. In addition to that, we are planning on implementing an Adventure Mode (working title) to Sixtar Gate: STARTRAIL where players control the main character Shii to get a glimpse into the world she inhabits.”

“At the time of our Early Access release, our game will include 15 best-selling licensed songs that will appeal to fans of the rhythm game genre and 5 songs exclusive to Sixtar Gate: STARTRAIL. Prior to the official release, we will be adding a variety of songs, including original ones, at short intervals through updates and DLC packages. At this very moment, we have both well-known and up-and-coming composers creating songs for our game. Also, within the first week of our Early Access release, we are planning to add a multiplayer mode, known as Unity Quest, where players can cooperate with each other.”

“As the amount of content increases, the price will rise to a certain extent to reflect the changes.”

“We plan to work with all of our players as we create Sixtar Gate: STARTRAIL, paying close attention to the feedback posted on Twitter, Discord, and the Steam Community Hub in order to create the best game possible.”
Read more
Check out the entire CFK_Official franchise on Steam

Sixtar Gate: STARTRAIL, a different kind of rhythm game, is now available on Steam! From humble beginnings, something truly grand will be born! Let us enjoy this experience as we work together to create a fresh new rhythm game!

Explore the vast Sixtar system on the science vessel Ausflug with your partner Shii, the operator of the vessel.
Adventure mode, allowing players to get a glimpse into the story of Sixtar Gate, is currently in the works.


■ Check out the variety of music we have to offer!

Featuring songs from artists any rhythm game fan would recognize, including Life is PIANO, Brain Power, and CO5M1C R4ILR0AD.
We have also included original songs from artists like Sound Souler, KARUT, and yomoha that can only be heard in Sixtar Gate: STARTRAIL.
In the future, we are planning to introduce new tracks from well-known franchises like VOCALOID and Touhou Project that players would not easily find in other rhythm games.


■ The gates are opening!

Gates open and close with the flow of the song, changing the amount of lanes players will have to pay attention to.
Experience a new kind of rhythm game. The implementation of this gate system means that you won't be able to let your guard down for a single instant.


■ Maneuver together in coop mode
Even if you aren't that good at rhythm games or just want to play your favorite songs, other players have got your back!
All of our players will need to work together to accomplish the same goal in our Unity Quest coop mode.
Unlock various rewards, such as new tracks and items for customization!