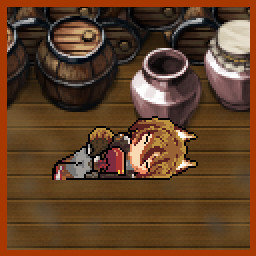 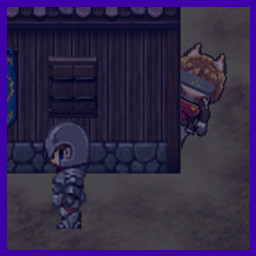 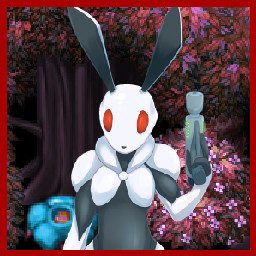 “I'll be honest, I am a one-person developer and don't have the resources/connections to fully playtest everything. I'll do my best to catch all the bugs/typos/any other issues, but having more players would help a lot in this process. Of course, other feedback is also appreciated and will be considered. Releasing Fuchian Chronicles in Early Access will also help fund development, but I must stress that the game will be finished regardless of how many copies are sold. Players who buy Fuchian Chronicles during Early Access will get the game at a discount as thanks. Thank you for understanding!”

“Fuchian Chronicles will be updated episodically while in Early Access, with new chapters released every few months. The full game is currently estimated to be finished at the end of 2022.”

“Fuchian Chronicles will be available for purchase once chapter one is finished. Please see the game description for a list of currently implemented features.”

“Fuchian Chronicles will be updated episodically while in Early Access, with the price gradually increasing as more chapters are released. To clarify, the game will not be sold episodically, so if you buy the game when only chapter one is released, you will receive all future chapters for free. This is also my way of thanking people who choose to support the game during the early stages of development.”

“The Community will help greatly in playtesting Fuchian Chronicles. Feedback regarding gameplay, mechanics, and balance will also be taken into consideration.”
Read more

In the hundred years since the Galactic Fuchian Empire began its interstellar expansion, it has always been the more advanced civilization. Now, for the first time, the Empire has encountered another spacefaring species on par with theirs. After a disastrous first contact, conflict between the two civilizations seems inevitable. Facing an uncertain future, Kimi, a young cadet in the Empire, must navigate the harsh realities of war.

- Selectable battle system: Choose between Active Time Battle, Conditional Time Battle, and Traditional Turn Based combat systems.
- Ground and space combat: Fight on foot and command starships against enemies of the Empire.
- Skills and abilities based on equipment: Swap weapons and equipment for abilities that suit your needs.
- Crafting on the go: Collect materials in the field and use them to craft various supplies as needed.
- No grinding for exp: Defeated enemies only give material for crafting, and instead you “level up” and gain stats based on story progression.
- No random encounters: The majority of combat encounters is represented on the map and can be avoided if you don’t want to fight them.
- Choices matter: Your actions, and inaction, may affect the outcome of the story and lead to bonus rewards, or unexpected consequences.

PLEASE NOTE
The above is a list of all the features currently in game, additional features may be added as development continues. The story of Fuchian Chronicles is incomplete while in Early Access. New chapters will be released every few months with the price of the game increasing gradually as they are. Players who buy the game will receive all chapters regardless of when you purchased it.

Fuchian Chronicles is a remake of my first game, Space Fox Kimi, which was originally released on Steam in 2018. I have learned a lot about game development since my first release, and wanted to update the game with new graphics, gameplay, and various other improvements before continuing with a sequel. Players who’ve played Space Fox Kimi will notice many similarities in the story with the original, but some story beats have been altered and there will be new plot points as well.

I sincerely hope you enjoy my game, and thank you for supporting me!

This game tells a fictional war story and as such there are occasional scenes of violence. There will be some blood and dead bodies, but no extreme gore or violence.