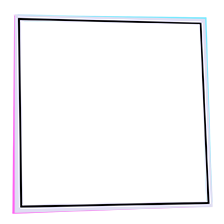 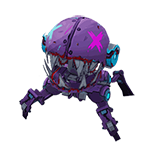 “From the beginning, Superfuse was created with Early Access in mind. So much of the core experience relies on putting the power in the hands of the player through our skill system. As such, it felt only natural to involve the community early to ensure that we were tweaking it with their wishes in mind.”

“The initial version of the game released into Early Access will contain part of the story, providing an introduction to the world and the conflicts present for our Enforcers. Additionally, we will offer post-campaign content in our Solar Map, providing new challenges.

As we gather feedback and evolve the game, more content will be introduced, and additional features that we hope will keep you coming back for more. We hope to have the full version of the game released roughly within a year of the Early Access launch.”

“When Superfuse leaves Early Access, we want to ensure that we have created a full version that reflects what is expected from a comic-book-styled ARPG set in space. We already have ideas about how that journey and result might look, but we will happily alter that trajectory with the feedback and input we will receive from all of you. Some of the additions we are hoping to implement include new campaign expansions, an additional hero, new loot, controller support, and more.

Once we do go into our full release, you can expect a more robust version of the game, including features and added content that has been identified and requested by the community. Our release cadence will likely move towards a more standard live-service offering, meaning fewer but more concentrated content updates. Regardless of what phase we are in, be it Early Access or post-full launch, the community will always have an active voice in the direction we take the game, ensuring that we are together creating the ideal version of the game.”

“The base Early Access version of Superfuse will act as the robust foundation that we will continue to work from. With it, you will be gaining access to a compelling ARPG with a deep focus on ability customization and making sure you can play your character the way you want to.

At the start of this journey, you will be able to:

“The pricing for the final version of Superfuse is still being determined and it may increase upon the full game's launch.”

“One of the most exciting things about entering Early Access is collaborating with the community in shaping the journey and content of the game. The team is eager to hear what our players have to say about all the parts of Superfuse, including what they hope to see in the future, and we look forward to embarking on this journey with them. The best form for providing this feedback is through our Discord Channel, though we will be keeping an eye on Steam as well.” 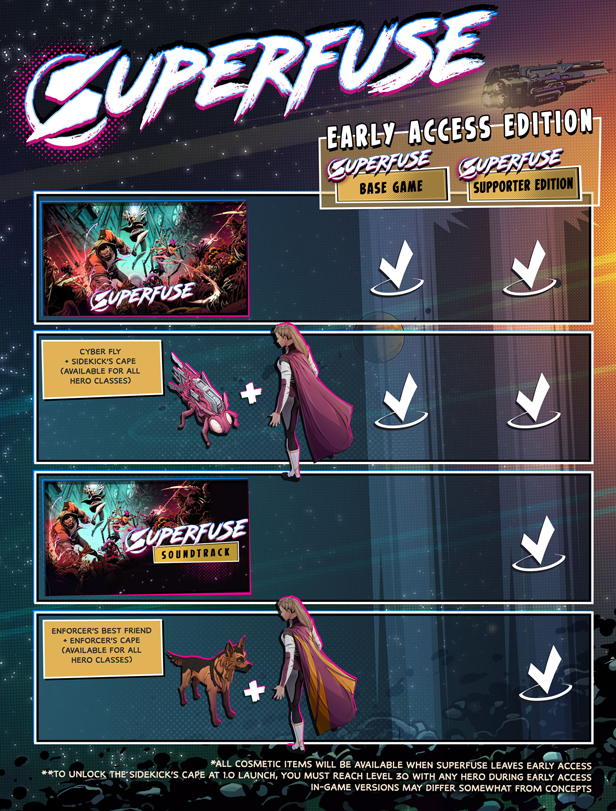 Superfuse is a hack-and-slash, Action RPG that is a love letter to Diablo 2 with a twist: a unique Fuse System which allows you to hyper-tailor your hero’s skills based on your unique play style.

Demolish hordes of grotesque abominations alone or with up to 3 friends as you uncover the secrets of the Corruption and the Gods.

When humanity needs hope, be the hero!

Choose between 3 character classes as you fuse multiple superpowers from the expansive skill tree system to create your unique Enforcer that is tailored to your playstyle.

Smash a vast array of twisted monsters in classic ARPG combat. Scour a colorful sci-fi world for loot to make your hero even more powerful.

Travel across the stars as you grind your way through a stream of contracts with brilliant rewards and deadly challenges.

Uncover a hidden conspiracy among the echelons of humanity and an alien menace on a dark comic book adventure packed with twists and turns.

A Note on Early Access
As with any Early Access game, this is a work in progress. We will be adding so much over the coming weeks and months to the game, including tweaking the balance and quality of life as well as multiple content updates (more news on the fun stuff that is coming at a later date!). We will also, and most importantly, be listening to your feedback and fixing bugs and making the game the best it can be, together with your continued support.

Please keep an eye on the Community hub for news, updates and patch notes. We are committed to building a game that will live up to the legacy of this genre we love.