“The game successfully blends the positional tactics of a turn-based RPG like Fire Emblem, and layers a deck-building system like Hearthstone or Slay the Spire on top to power your attacks, blocks and other actions.”
IGN

Introducing Spelldrifter, a hybrid tactical role playing game and deck building game that features the best parts of both!
Spelldrifter combines the puzzle-like positional tactics of a turn-based RPG battle with the deep customizability and replayability of a collectible card game.
The result: a hybrid, wherein players must juggle the resources at their disposal using both time and space.

With Spelldrifter's innovative Tick System, players are challenged to think of card game strategy in a new light.
With each character action, the turns interweave on a single timeline.
With mastery of the timeline, players gain great advantage in battle and earn the satisfaction of decisive victory. 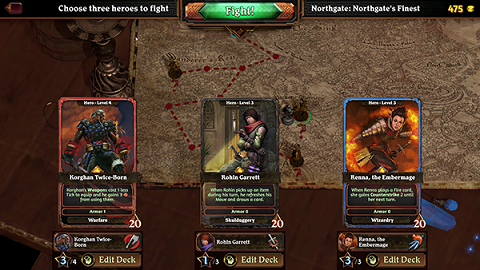 Select your party of heroes, build your decks, and embark on an adventure deep into Starfall as you search for the entrance to the mysterious Labyrinth!

Before you jump into Spelldrifter, get to know each of the playable characters.
Each character has a complex backstory and a unique set of cards that can aid you in defeating your enemies. 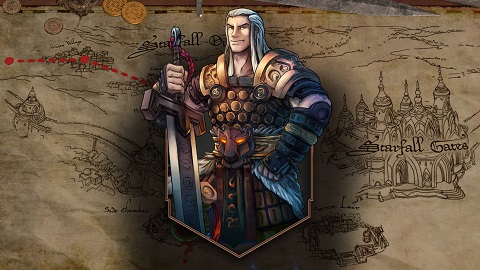 Introducing the Twice-Born warrior Korghan. Before being left for dead by his so-called companions, he was a man of greed and vanity. Now, he is using his second chance at life to gain answers and face his past. Korghan is an experienced warrior who deals powerful blows to your enemies. The Clobber card allows you to deliver multiple strikes at once by dealing 7 damage to a chosen enemy and 3 to any others in the nearby area. 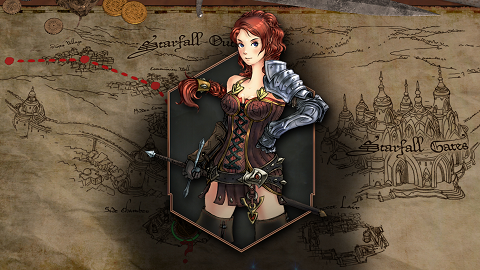 Orphaned at a young age, Faydin was a lone wolf in Starfall. She was forced to become a smart and resilient fighter to survive the cut-throat streets. She seeks vengeance from those responsible for her situation. Faydin's strength and agility combined with Korghan's skills provide a powerful team who pummel your enemies until their defeat. Her Hew card deals a devastating seven damage to an enemy, bringing them to their knees. 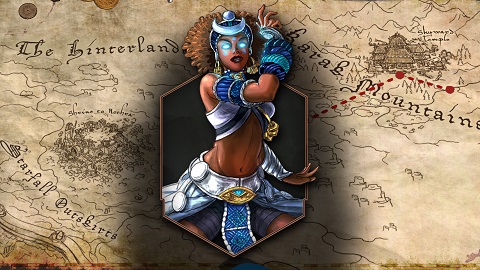 Lavella the Star-Touched is a divine fighter with the mission of defeating evil powers. Blessed by the gods, she can provide healing and cast far range spells to aid in battle. Join her in her fight for peace and virtue! Lavella has the ability to call directly upon the gods to aid in battle. Her cards are long range and powerful. The Spear of Annox is a windup card that targets the enemy from afar and hits them with a crushing 8 damage. 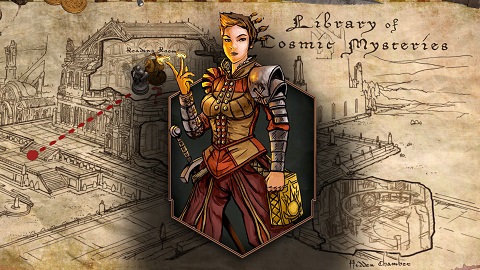 Renna is an Embermage, whose quest for knowledge may lead her down a dangerous path. With her younger brother, Vann, she seeks to learn more about her abilities and utilize them outside of the classroom. Select Renna if you like to attack from afar. Use cards like Crush of Boulders, a long distance spell which drops powerful boulders and defeats your enemy, no matter how big. 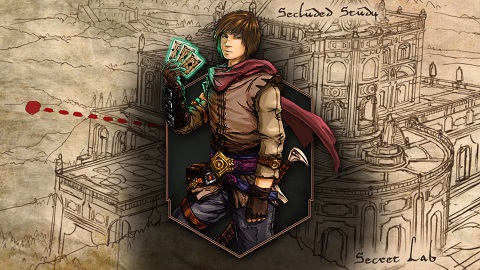 Rohin is one of the most infamous thieves in all of Starfall, and when tasked with stealing from the biggest thug in the city, he’ll do whatever it takes to prove himself. He brings stealth and trickery to your battle. Rohin allows you to evade damage using dodge cards and stealthily attack you opponent. The Dodge Card avoids blows for a full turn, and the Aim from Within Card hits with 3 damage from afar.