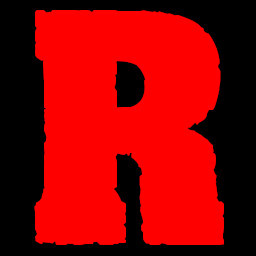 “REDSHOT’s gunplay is a well-polished gem, and a collosal breath of fresh air.”
Movies, Games, and Tech

“What REDSHOT lacks in subtlety it makes up for in mayhem and likeability. It’s not the most precise or compelling 2D Metroidvania I’ve played, but the slick combat, quippy dialogue, satisfying exploration and competent implementation of bullet time make up for its occasional frustrations.”
8/10 – God is a Geek

“Though it took 7-years to make, REDSHOT is a labor of love that really shows. The gameplay is really tight and unique with wonderful art and audio.”
The Gamer with Kids

*Works on Steam Deck and Linux with Proton*

After a malfunction in his ship's warp drive, Jack "Goose" Redshot finds himself stranded on a strange planet with even stranger people, and is forced to do anything in his power to survive and save the city of Carcosa from pure annihilation.

In REDSHOT, you will have to make split second decisions to stay alive in the middle of fast and frantic combat with a variety of horrid monstrosities and murderous nomads. Lucky for you, your ability to focus has been finely tuned after years of potato chips and video games, giving you the power to slow time and hit em right where it hurts. A variety of weapons and abilities lie at your disposal to use how you please in many different creative ways, and more to be discovered in the expansive land of Carcosa, which is open for you to explore, providing you're clever enough to stay alive and find its secrets. The land holds many forgotten tales, known by few and understood by none.

With over 200 rooms to explore and many weapons, items, and secrets to find, fans of the genre will find a challenging but fair adventure to be had in the wild lands of Carcosa.

Travel to the land of Carcosa where the great capitol city is under siege by an unknown off world invader. Explore the city and it's surrounding landscape to restore the defense network, and save the city from total destruction. Tackle objectives in any order and explore the non-linear world map to find many hidden secrets and goodies!

CHOOSE YOUR FAVORITE WEAPONS FROM A MULTITUDE OF GUNS AND ITEMS

Use a plethora of different guns, weapons, and items to strategically outwit your enemies in fast-paced, deadly combat encounters. With over 10 different guns to acquire and even more secondary weapons, each with their own advantages and disadvantages, you will be tasked with equipping the right tools for the right job. Matching the right weapon with the right situation will help you greatly.

USE BULLET TIME TO OUTWIT YOUR FOES

Your focus bar allows you to slow time to fire off quick and accurate attacks, as well as quickly dodge incoming attacks to avoid damage. However, use them too much and you might end up in a critical spot! Slowing and dodging drains your stamina meter, but using them both will come in clutch to get you out of some sticky situations!

[DISCOVER NEW UPGRADES AND RECRUIT THE DENIZENS OF CARCOSA]

Scattered across the world are upgrades to discover, from genre staples like the double-jump to companion characters that can help you in battle. Even rarer are special hats to find, which will offer helpful perks for you when equipped. A full AI system for all enemies and NPCs allow them to directly interact with each other and the environment, and getting in their good favor may even compel them to follow you around and help you out!

FIGHT OVER A DOZEN MENACING BOSSES

Carcosa is infested with creatures and beasts both native and offworld, and there will be many that must be overcome to complete your objective. Over 30 enemy types and a dozen bosses means learning each enemy's behavior will go a long way to controlling a battle zone. Good preparation, clever strategies, quick reflexes, and a dash of luck will all be needed to defeat your enemies with your life intact.