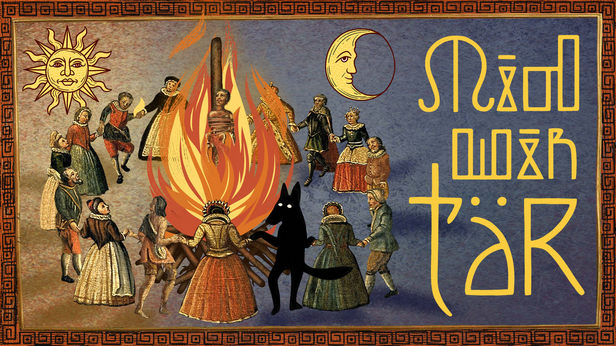 Midwintär catches you at Khazar's Pass.
You shelter in a cave as the days and nights grow long and cold,
as the snow seals you in and as the world darkens.

Midwintär is a narrative-driven stealth action game inspired by medieval horror folklore that combines careful tactical planning with fast-paced arcade execution and innovative gossip mechanics. Play and switch between three protagonists - a werewolf, a vampire, and a moon witch - to exact your revenge on a vicious religious cult.

Off-Kilter Sunny Horror On the outside, Midwintär takes place among sunny, medieval villages populated by friendly, hard-working, and devoted inhabitants. Stay overnight, though, and you might be horrified to reveal the true nature of their sacred rituals. The world of Midwintär is gruesome and dark but also funny.

Sun / Moon Gameplay Cycle Midwintär features a 3-minute day-night cycle that changes your abilities. You must use your daytime skills such as lock-picking or spreading rumours among villagers to best prepare the terrain for the night-time havoc when you transform into a bloodthirsty, overpowered monster.

Gossip Mechanics Each villager in Midwintär has their own suspicion-meter you can influence by gossiping and spreading rumors about other villagers, and there is also a panic-meter that changes the AI behaviour of all villagers on the map. You can use this against villagers - hide the firewood to lure the lumberjack into the night, kill him near the chapel to incriminate the priest, and later spread rumours on seeing him covered in blood. He’ll be hanged in no time!

Three Playable Characters You will be able to choose, play and switch between three playable characters - a werewolf, a vampire, and a moon witch - each of whom possesses a distinctive skillset and boasts a different playstyle.

Non-linear Skilltree You will be able to customize the skillset and playstyle of each character by opting to complete alternate missions in levels, which will reward you with a special bonus skill of your choice. Will your werewolf hone his terrifying howl, or will he become one with the wolf-packs of the forest?

Co-Op Multiplayer Midwintär will feature a split-screen and a local multiplayer for up to three players, enabling all three characters to fight together.

The corrupt and self-righteous religious institution Oblique Order is attempting to destroy the peaceful cohabitation of people and magical creatures in the pagan world of Midwintär, and enforce their order by uniting people against the powers of the wild. You must stop them before they exterminate your kind...
Midwintär starts off as a revenge story that slowly shifts into an exploration about our relationship to the unknown, and about the limits of what we can hope to control or understand. 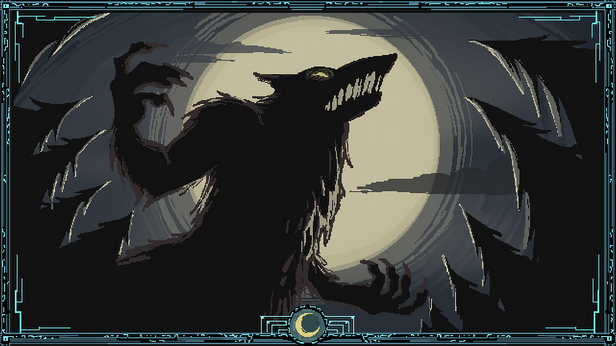 The main protagonist is the werewolf, a former disciple of the Oblique Order, disillusioned and out for vengeance. During the game, he is guided by the voice of Midwintär, an ancient force of nature. His skills revolve around spreading panic and using brute force. 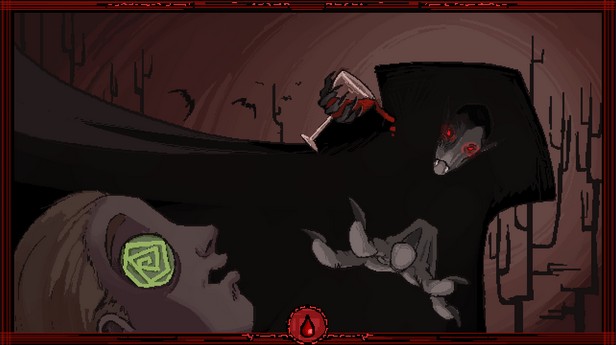 The vampire, once a powerful force of the night, his might now reduced by the spells of men. He cannot cross running water nor enter houses uninvited, but his power is in his allure - he can enthrall people to do his bidding, or forge blood links to ensure undying loyalty. 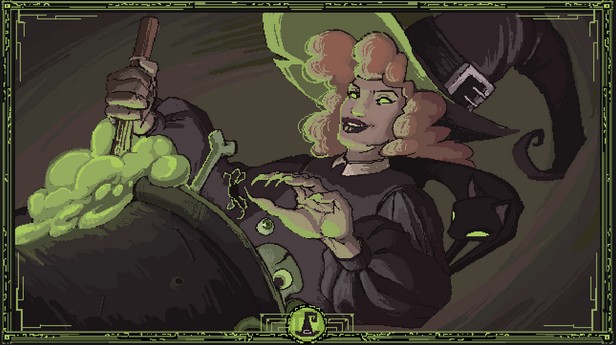 Then, there is the moon witch. Saved just before she was burned at the stake, she had felt on her skin the terror of order, and wishes to rid the world of their influence. Her skills revolve around misdirecting suspicion at others and using concoctions to alter their behaviour. 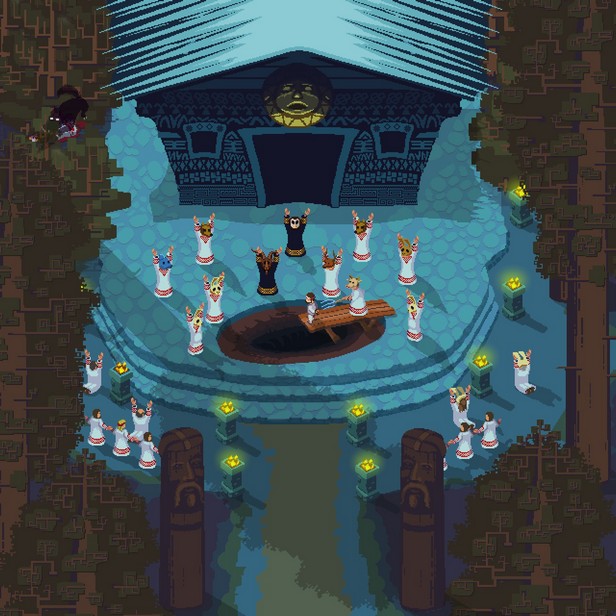 “Attending the Masked Meeting, you overhear their plans - they have already set all things in motion.”