“Putting the game out there while there is still more content to be added is a great way to gather more feedback, which will help polish the player’s experience one update at a time and get early opinions on the game while extending the game's scope and improving its content.”

“As of now, no date has been set in stone, but we’re looking at a time frame of roughly a year. Maybe a bit less or a bit more, depending on players feedback and external factors.”

“Throughout the game’s early access phase, we plan to add more enemies, bosses and areas to the game, on top of expanding the main story to lead the player to different ending possibilities.”

“Gameplay wise, everything is in there: All navigational abilities (Jump, Double Jump, Dash, Wall Cling & Gliding) are implemented and fully functional. In terms of the game world, players can already get a glimpse of 10 different biomes, fight a dozen unique enemies, get to the “false” ending, and meet a quirky cast of 20+ colorful characters.”

“The game’s price will slightly increase over time.”

“Community is at the core of this project. Aeternum Vale was originally founded on Kickstarter by 135 amazing backers who became the game’s backbone through our Discord Server. Since then, they have been able to experience technical demos, alpha builds, and have significantly contributed in shaping the game! By releasing in Early Access, we hope to keep developing this awesome community and gather even more feedback to make Aeternum Vale the best game it can possibly be! : )”
Read more

“Aeternum Vale” is Latin for “Farewell Forever”. It explores the topics of death and the afterlife in a bittersweet esoteric adventure inspired of both retro classics and indie darlings.

Fallen through space and time into unknown limbos, you will have to face the world’s hardships to earn your soul’s right of passage. The very environment is littered with enigmas and seems to be intentionally designed as a giant misleading maze. What is this place? How to get out? 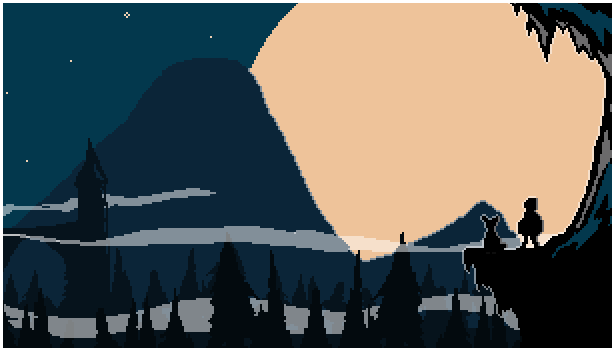 Jump, Push, Dash, Climb, Glide & Slice your way through hidden paths and secret passages. Pick your own fights, upgrade your weapon, and spend some time with the weird locals. The story will only go as far as you go looking for it!
YOU are the one forging your own path.
But will you be strong enough to save your soul?

Do you want to know more? https://discord.gg/S4hCcE7