“As a small indie studio, we value the feedback from you, our players. It is a major part of the development cycle and helps us shape the game into something the majority of you can enjoy. Feedback early in the process is extremely helpful, as doing major changes at a late stage can be virtually impossible.”

“Once we go Early Access, we expect to stay this way for approximately a year. The exact time will depend on how fast we can finish implementing remaining features and content, while at the same time dealing with feedback on existing features and content. Promising a specific time that we will stay in Early Access is risky business, we know this, it is common that titles stay in Early Access much longer than intended and ours might not be any different. However, we feel that actually getting to the finish line and fully releasing the title is more important than following arbitrary deadlines. We have always finished.”

“During Early Access many things are sure to change, and many of these changes will be the result of community feedback. This could potentially lead to some things being cut and also new things being added. If you would like to affect what stays and what goes, then kindly take part in discussions on Discord and the community discussion for Under a Rock here on Steam. We won’t always be part of the discussions ourselves, otherwise we will not have time to actually make the game, but we will watch them.

These are the additions we currently envision:

This list will be updated before we enter Early Access as much can change between now and then.”

“Early Access is not yet open, and we are still a bit away from this happening. Please have a look at the ‘ABOUT THIS GAME’ section a bit further down on the page for details of the stage we are currently at. Also feel free to ask us questions on Discord and the community forum for Under a Rock here on Steam.”

“Price may increase moderately when we release. We will give at least one month notice on any price increase.”

“We would love hearing your thoughts. Feel free to share them on our Discord and on the discussion forum here on Steam.”
Read more
This game is not yet available on Steam 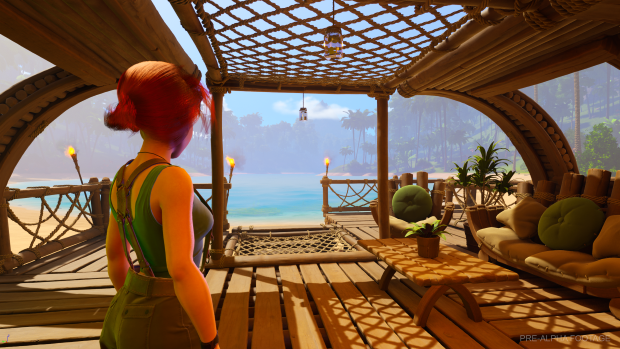 Under a Rock is currently in pre-alpha stage, but we really wanted to create a Steam page so that those of you who would like can follow the development of the game and share your thoughts in the discussion forum here on Steam or on our Discord. We have always enjoyed listening to community feedback with our games - making additions, adjustments, and changes as a result - and this time around won’t be any different.


This page will be updated regularly over the course of the next months, but most of the communication and drops about the game will happen on Discord and in the community discussion forum.

You are an early nineteenth-century explorer who has just arrived - or crashed landed is probably a more precise term as your hot air balloon was ripped to pieces by a supernatural storm - in a world lost to history, a hidden world that few can travel to (and from!), a primitive but dangerous place with a different evolutionary path; here, wildlife is oversized, Neanderthals still exist, and curses are real.

The underlying mission is to find out what happened to a previous expedition, lift a curse that lies over the land, and discover a way to escape back home through the supernatural storm with as much treasure, artifacts and native wildlife as you can possibly collect to increase your standing with the Society of Explorers. Apart from this, just have fun exploring, crafting, building, fighting, taming, hunting, surviving, and more.

The world is procedurally generated and measures about 64km2 on the surface including water bodies. Furthermore, water bodies in Under a Rock are not limited to ocean level, they can appear at any elevation as a natural part of the terrain. Procedurally generated subterranean areas that are seamlessly integrated into the environment is also a big part of the exploration and can be found all across the world.


Your avatar is not locked to one specific world. You may freely travel between worlds with all of your stats and gear intact.

We want to make Under a Rock more interesting by having dynamic AI and are currently developing an AI engine for this purpose. It allows AI to remember and respond to your actions and the actions of other AI, compete for territory and resources, even construct new bases and defenses. Don’t be surprised if a neighboring clan of Neanderthals stage a raid on your base just because you smell wrong, or a pack of dodos take a liking to you. Different AI factions can grow closer to each other or grow apart as time goes by. Nothing is set in stone and a fresh game with a new world is likely to throw a few surprises.

1-10 players in co-op, but we plan on allowing an experimental mode where the host can set a higher player count. It will require the host to have beefy hardware and a hefty internet connection.

The host will be able to set rules for the server. PvP on/off will be available.

There are two ways. You can do it from your own computer or as soon as we have found a reliable partner; by renting a game server in the cloud. Servers can be either public or private.

It’s a little hard to say. We have finished most of the technology requirements for the procedural generation of the world and for the multiplayer backend. Now we are populating it with visuals and gameplay, and as soon as we feel we have enough content for early access and a stable game that runs well, we will open up. Prior to this, if time permits, we really want to invite as many of you as possible to a period of alpha testing. 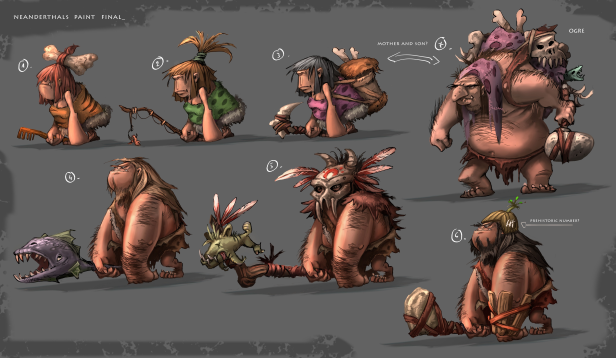 WHO ARE NORDIC TROLLS?

We are a small indie game studio, consisting of only five people filling all the necessary roles for making Under a Rock. Being so few keeps us very busy. If we are sometimes slow in answering, this is why.

HOW LONG HAS UNDER A ROCK BEEN IN DEVELOPMENT?

Full production started on October 8th, 2021. Prior to this we spent a few months thinking shit up and playing around with the idea of doing a procedural world.

WHICH GAME ENGINE ARE YOU USING?

Under a Rock is powered by Unreal Engine 5. We are taking full advantage of nanite and lumen, and especially nanite makes it possible to have a procedural open world with amazing view distance.