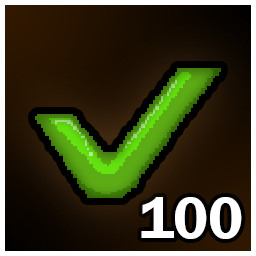 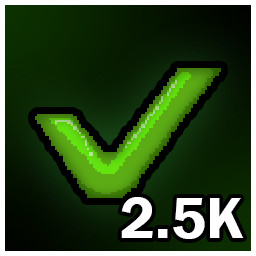 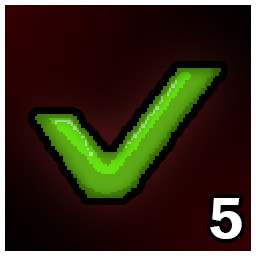 “My goal for Early Access is to release the game is to make it way more accessible, polished and playable compared to the previous versions. The game is still not done and we need time to polish a lot of things inside the game, and we are also planning lots of exclusive content as well, one of which are more levels, items and blocks, online leaderboard, new challenges, skins and hats. We would also like to involve the community in helping shape the game during Early Access to fix bugs and game's problems, and also receive feedback for new features.”

“Hopefully the game will be in Early Access for a year.”

“It will have graphical updates, mainly new particles and backgrounds. It will have way more levels, new challenges, new level editor features, and new blocks and items which diverse gameplay in levels.”

“The Colorful Creature is in a playable state and is around 75% complete. Like we said, we plan on improving and polishing the game in many different ways. You can see some of the current features in the about section of the game, but also the game is going to just have more polishing and have more features.”

“The game's price will increase once the game has been finished. It will not be priced differently during Early Access (the only exception is if the game is on sale). The price will most likely not change during the Full Release.”

“We will inform people about the upcoming events and updates on our public TCC discord server: https://discord.gg/SSz5THd , our official twitter page: https://twitter.com/TCC_Game , and on Steam”
Read more

A difficult platformer with the main mechanic of changing color in order to stand on specific colored blocks to progress. In order to change color, you must pick special items that turn you into a specific color.

Play over 200 levels with diverse gameplay that have various items, blocks and hazards, one of the items change gravity and player speed, give you an ability to jump higher, teleport from one place to the other and etc!

The Level Editor let's you build levels and it has 102 placeable blocks and items (including backgrounds and liquids). Other main features in the level editor are saving/loading multiple levels, enabling fog, changing music, applying narrator text, and play/build mode. There are litetally millions of different level combinations and hours of fun! Finally, you can also put your levels on the Steam Workshop!

Local Multiplayer can be played with 2, 3 or 4 players. All of the players can customize their look with unlocked skins and hats, and can change controls with 4 presets. Local Multiplayer currently offers two gamemodes, Survival and Race, but we plan adding more, all gamemodes are compatible with all players.

You can customize your character with skins and hats. Skins are obtained by doing various tasks and most hats are obtained at the hat merchant shop! Oh yeah, screw microtransactions, DLCs and that garbage!

This game has a lot more features than that! We are hoping to add more and you to enjoy our game!