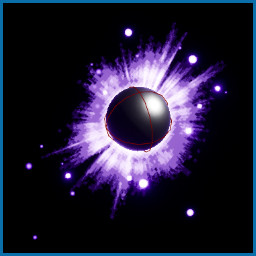 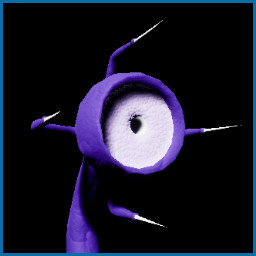 “Spheriums have been in development for 18 months. Being two developers working on the game, we know that the best ideas come from the communities. We had a few internal beta testers, but we believe it is time to open Spheriums to more users through Early Access.

Our approach is to work with the community to help us improve all aspects of the game. We want to enhance the gameplay, and the design, to name a few, by fixing issues and exploring new ideas to allow everyone to experience the great game you deserve.”

“Our development roadmap is well planned, and we intend to release the full version end of summer 2022. However, we don’t want to rush out the release and we want to take the time to deliver the best possible game.”

“The early access version offers four playable worlds out of the six available when the full version is officially released. Each world is crafted and designed very differently to bring the best gaming experience. The difference is not just the types of world, but also strange new creatures and gameplay.

New features will also include:
”

Spheriums is an accessible, family-friendly game with intuitive game mechanics, engaging puzzle elements to solve, and revealing strange alien creatures and fauna resembling nothing you have ever seen.

We’ve made a tonne of improvements to Spheriums since launching on Early Access, and our community-first focus means that our frequent updates are heavily influenced by player feedback. When you play Spheriums, you have the chance to take part in the development of an exciting new game!”

“The early access pricing will be discounted to reflect the product's incomplete state and reward the players who helped develop a better game. We expect the final price to be slightly higher.”

“We value our relationship with the community as they are the gamers playing the game. We want to gather the community's input to develop a better game.

We can be reached by email and through our Discord server for comments and discussions to enhance any game aspects. More details on how to contact us are available on our company website https://braintonik.com/.”

Play as a Spherium named Arcos in a desperate attempt to uncover the powers and secrets to save your civilization! Unfortunately, after generations of peace, the Drainers - sworn enemy of the Spherium people - have returned. The deadly and odious invaders ravenously seek expansion into new worlds and threaten your dying planet's rapidly depleting energy!

Uncover the secretive Elders' powerful technology scattered across the worlds. Choose the right weapon to exploit your enemies' vulnerabilities, and upgrade your skill tree and powers with a variety of powerful options as you play and the Drainers grow more dangerous.

The Drainers are the sworn enemy of the Spheriums. Before the Great War, they had been defeated once but have recently reappeared after so many generations of peace. These fast-moving alien creatures come in different shapes and forms. They are craving more energy to expand and take over new worlds!

The rich, vibrant, and alien ecology of the worlds you explore include over fifty unique and often dangerous creatures. Discover, scan, and gather valuable resources on each world to craft power-ups, ammo, and upgrades to Arcos' abilities to aid them in battle.

We are a small Indie studio of 2 people working for 18 months on this incredible journey of creating Spheriums. We hope you like it and don't hesitate to join us on Discord!