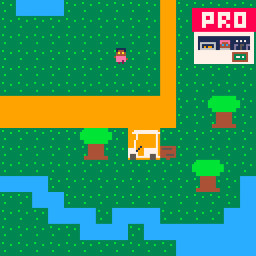 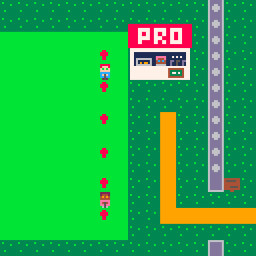 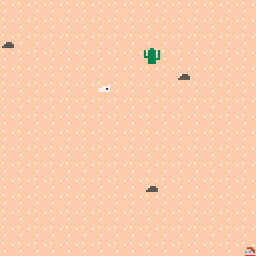 Brendan Keogh’s Putting Challenge is a relaxing open-world golf game about all the parts other golf videogames cut out. Sounds tedious? It sort of is.

With up to four players on a single device (or online by using Remote Play), you have complete freedom to explore the massive open-world at your own pace with your friends. Play a round of mini-golf, compete on a full 9 hole course, go for a bike ride or just see who can hit the ball the furthest at the driving range. It’s entirely up to you.

Originally developed in Pico-8, this labour of love has been painstakingly rebuilt and expanded on to include a larger world and more features, while retaining the original 8-bit retro charm.

Walking to each hole feeling a bit tedious? Good, it's meant to. But! Why not travel in style with your very own 4-seater luxury golf cart!
Ride around with 3 of your other friends, or not. It's your cart so do what you want with it. (except drive it outside of the golf courses, which is strictly prohibited)