United Assault - Battle of the Bulge 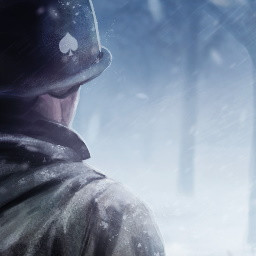 “We have learned a lot from launching our previous games. As a small indie team we wanted to try and build something different that both our team and our players wanted to play. We feel we have achieved that, but it took longer than we thought. We realised we should go into Early Access, to get player feedback before launch.”

“The final build will have the full map unlocked, new weapons, mechanics and features will be added.”

“A part of the open world is playable, some details and polishing is still missing. Only a few selected weapons are currently available and also only a limited number of Objectives. The Mission Generator however is in place and fully functioning.”

“The price will be increased over the course of the Early Access period.”

“We listen to all feedback! Either here on Steam, Facebook or the official Discord Channel. We're planning on staying very close to our community as we shape United Assault - Battle of the Bulge.”
Read more
Check out the entire Polygon Art franchise on Steam

Attention: United Assault - Battle of the Bulge is currently in Alpha state. This means the game is playable but not feature complete and does contain bugs and unfinished work. If you feel unsure what this means, please wait until the final release!

United Assault - Battle of the Bulge is an open world rogue lite FPS set in 1944's depiction of the Ardennes.
As a british paratrooper you are assigned to a mission, few would qualify for. You are tasked to infiltrate enemy territory and locate, infiltrate and destroy one of germany's secret V2 factories in the Ardennes. You'll come along heavy enemy resistance, try to weaken their defense by destroying their tanks, equipment and by gathering secret documents.

If you fail - everything is lost! If you succeed - claim your awards!

United Assault - Battle of the Bulge contains Blood and Gore in a realistic combat environment.