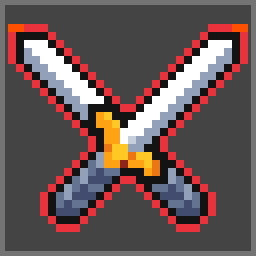 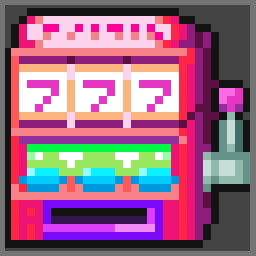 “While I feel that Combat Casino is perfectly playable in it's current state, I still don't think it's where I want it to be yet. I need player feedback for balancing and content additions.”

“Around two to three months. A large majority of the work needed has been done already, all that's left is deepening the content pool, balancing and fixing bugs.”

“The PC version will have PC specific changes to the controls to feel less mobile port-y. Additionally, I'd like to add more classes, monsters, zones, totems, perks, unlocks and progression systems before the full release. I personally feel that the "ocean" of content is wide but shallow. Several additional features are on the horizon as well including starting boosts and banked-cash sinks that result in more meta-progression.”

“All of the currently created classes, zones, monsters, and abilities are fully implemented. All originally planned features are in, including meta-progression. Fully playable and quite fun.”

“I full plan on getting as much feedback as I can as well as ideas for additional content from the community. If you want to contact me personally, email contact@skylorbeck.website. If you would rather brainstorm with the community, please use the Steam community forums.”
Read more

“Really fun rogue-lite that fans of FTL and Slay The Spire will feel right at home with. Feels great to play with cute art and quick animations.”
5/5 – Blunderbuss

“I'm impressed so far. I don't keep many games on my phone, but I've been playing this one quite a bit and experimenting with different builds/strategies. I love the art style, and the gameplay and setting are both really unique. It's good to play randomly in short bursts, or you can sit down and play for a while. Also it has frequent & substantial updates, and judging by the app description, it seems like the dev has a lot of plans for the future. Definitely recommended for any RPG/Roguelite fan because of the versatility in playstyles & lack of reliance on IAP.”
5/5 – Kern Espinoza

Step on to Casino Planet where everything is determined by Lady Luck! Spin the slots to determine your moves and show everyone who's the boss in this turn based roguelike RPG. Boost your Ego to unlock new classes and zones to explore!

Are you bored waiting for your queue to pop? Come on over to the Combat Casino where a run is 15-30 minutes with the oddball runs lasting a few hours. Don't worry though, there are no time limits so you can minimize and do something else if you need to. (or if you need to pay attention to the zoom call) I wanted to make something that I would want to play while waiting for some of my daily work-from-home downtime.

Combat Casino is a passion project of mine and I have plans to support it for a while. I want to continue to add new events, perks, totems, zones, monsters and classes as time goes on. My goal was to make a full game that would deserve a real release. I hope you enjoy it!

Want to participate in the creation? Use the Forums here or join the Discord! https://discord.gg/HefKfMXvpk