Norega
Developer
Pixelabor
Publisher
Pixelabor
Norega is a game where you play as Kurt, a Knight in training, and your task is to feed up Kurt's stats so that he can improve in Strength and be able to defeat the tougher monsters found on the outskirts of Norega.
All Reviews:
Mostly Positive (156) - 77% of the 156 user reviews for this game are positive.
Release Date:
Developer:
Pixelabor
Publisher:
Pixelabor
Tags
Popular user-defined tags for this product:
RPG Auto Battler Turn-Based Strategy Point & Click Clicker Collectathon 2D Pixel Graphics Free to Play Crafting Fantasy Management Medieval PvE Singleplayer
+
Reviews
All Reviews:
Mostly Positive (77% of 156) All Time 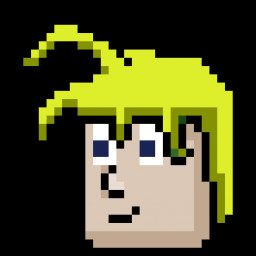 Helo guys! I am very proud to announce you my biggest and most polished game that took me quite some time and dedication to be made.

Norega is a RPG-IDLE Hybrid It can be played as an RPG(After 1 boss gets repetitive) it can also be played as an IDLE-GAME.
The game has NO OFFLINE-PROGRESS...but RUNS ON BACKGROUND.

If you are like me and loves GRINDING GAMES... I highly recommend trying to beat the game without IDLE-MODE!
After that you can let it IDLING... Its up to you!

Norega is a game where you play as Kurt, a Knight in training, and your task is to feed up Kurt's stats so that he can improve in Strength and be able to defeat the tougher monsters found on the outskirts of Norega. You must click the GATES (Button) and the Gates can take you to 5 diffeent locations and is up to you to decide whats best for you at the moment as long as you defeated the previous stages.