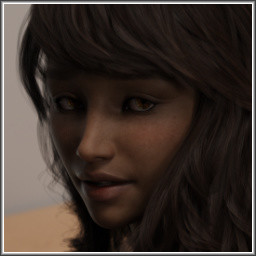 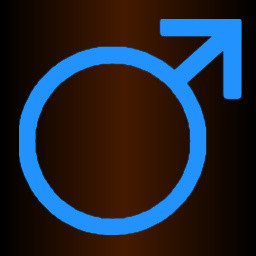 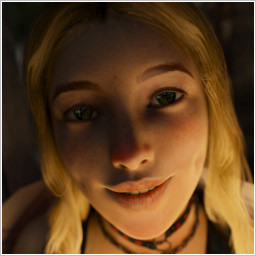 “I want to get as much feedback and support as I can to make sure the game is as fleshed out as possible at release. This is my first project and I want to make it right and learn as much as I can not only for this game, but also for future projects.
Especially as a one man developer it's really important to get other peoples opinions and support.”

“The game has been in developement for exactly two years and is about halfway done, so as a rough guess it should be done by april 2024. The date is a bit far stretched, but I'm a one man developer, so it's really hard to predict how long it really takes in the end, real life can have a huge influence on the developement when you're the only one working on it.”

“The plan is to add more content, e.g finish the story + an additional side story from Rachels perspective after the main story is done (Rachels Story).
Some of the locations and scenes will be repeatable in-game in the future.
I'll add more sfx and bgm over time.
I'm also planning to redo some of the older images and rework some of the UI elements in the future.”

“The main story is roughly 60% done and fully playable to that point, all major locations are implemented and visitable at some point following the story, most of the UI elements and options are done, but might be due to change depending on player feedback.”

“Currently my discord server is the primary way for me to engage with the community. You're welcome to join and suggest features, report bugs or just chat with the rest of the community.
Of course you can also use the steam forums to contact me.”

This is an adult only NSFW game!
The game contains explicit depiction of sexual activity as well as (non-visualized & non-glorified) abuse and sexual abuse and some alcohol/drug abuse.

Imagine having to face old fears and buried memories, would you face them to get a better (and really naughty) life? Let's find out!

This game is a story rich (adult) Visual Novel in which you either play as a hetero man or a lesbian woman who needs to get to grips with his or her past. Your decisions will influence the later parts of the game and can also change a few early scenes.

The past:
Your childhood became a mess, when your mom died when you were still a child, at the same time your father started drinking and seeing women... differently. When he found a new girlfirend, things slowly began to get out of hand.

But That Wasn't the Only Thing That Changed.
As a witness to that lifestyle, you too did stupid things like fighting with other kids. You had trouble in school and problems with the law more then once, though you never crossed "the line".

After your dad died, you hoped that things would change for the better, but instead they got worse, so you left your hometown and swore to never come back.
As time went on, you've managed to build a somewhat normal life, and all the past memories that seemingly had started to fade became foggy at best.
But will it stay that way?

Join the discussion, or give feedback on BM's discord https://discord.gg/QkrKJTt