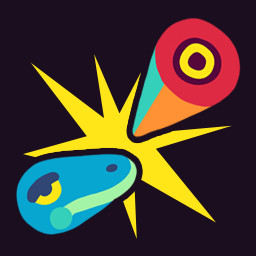 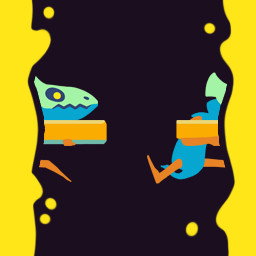 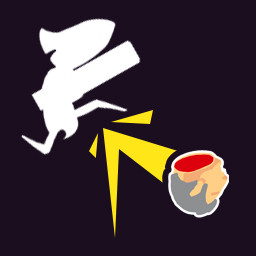 Super Head Ball is an action-packed multiplayer game that pits two teams of warriors against each other as they fight to throw a decapitated head into a blazing pyre. With simple controls and 4-player local multiplayer, matches are fast, frantic, and intense. Join your friends and get ready to jump, double-jump... and die a lot as the bullets and heads fly. Turning the head into a weapon, bouncing it off walls, and using the arena to your advantage are the keys to success.

Jump and Shoot are the only two buttons you need to get the hang of to enjoy Super Head Ball and start flinging heads into fires and at friends. The control scheme is simple to learn, but you'll be mastering your double jumps, head bounces, gravity shots, and alley-oops for a long time to come.

Play as a team in 2v2 matches and work together to beat your friends! Pass, bounce, and alley-oop the head to your teammate as you aim to score before your opponents. Oh and try to avoid friendly fire if you can.

Do battle in 20+ arenas spread across 3 environments that each provide their own crazy features. Between bouncing on head-eating frogs in the Temple or running on the ceiling in the Space Station there is a lot of room for fun experimentation!

Style on your friends by finding the most creative ways to throw the head into the fire! You might not get any extra points, but it's a great way to show off your mastery of the mechanics.