“The open nature of STUDIO also makes it immensely valuable to get feedback from Early Access customers on what parts of the experience have the most potential. Also, STUDIO is built on RTX raytracing technology with some unknown implications. What kinds of stories do you want to tell? What tools will help you most in fulfilling your vision?”

“We anticipate that STUDIO will stay in Early Access throughout 2021, but it ultimately depends on the feedback we get along the way.”


STUDIO will remain Free to Play but the potential of the game will grow as in-app purchase options increase throughout the Early Access period. When we have achieved content and playability worthy of “version 1” we will exit Early Access. The possibilities are truly limitless and we hope to get your feedback on which features would empower you most as a storyteller.

Some content items will be exclusive to the Early Access period in order to encourage participation in building STUDIO.”

“The current state of STUDIO has some known limitations, however we have confidence that you will still be able to build great things despite its initial rough edges. The current version should give you a feel for the mechanics and potential of the experience. The known limitations include:

“We plan on maintaining the Free to Play model with in-app-purchases.”

“We want the community to influence the development on a deeper level than just bug reports and minor fixes. Our vision is to let community feedback guide the development of what environments, tools, and content we make. We are very eager to get actual player feedback and let that guide us in what direction to take the experience.”
Read more 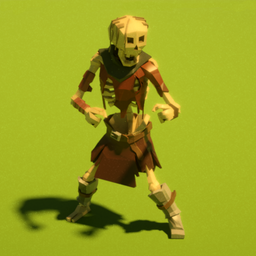 Your Story is the Game.

Brytag STUDIO is a revolutionary Free To Play creative experience. STUDIO is an open world sandbox application allowing you to create your world and tell your story.

With a fantasy/medieval theme, you pick your characters, props, weapons, and animations. Control time to pose and manipulate the moment in order to create the perfect shot. You can create your own landscape and even control the time of day. You control the camera to create your perfect shot and tell your story.

As a CG artists with nearly 20 years of film credits, the creator brings the technology and fun of movie making to the home PC. Brytag STUDIO makes cutting edge technologies like real-time ray tracing and path tracing accessible and enjoyable through a creative sandbox experience. Today we can leverage modern graphics cards like Nvidia RTX to create images in real-time with better quality than what was used in early Pixar films that took hours per frame to render.

STUDIO allows you to:


STUDIO is Early Access and so has some rough edges and there is a long list of features we would like to add. I look forward to hearing your feedback so we can build this studio together! Support us with in-app-purchases:)!