$8.99
Add to Cart
Bundle "BIG BUNDLE" containing 411 items has been excluded based on your preferences
View Community Hub

Mission Mars is an action FPS inspired by the shooters of the 1990s.
The game features an intense single player experience set on Mars in the 22nd century.
You are part of a crew on a mission to Mars. The plan is to land on Mars for exploration and colonization. The flight and landing were successful. During construction of a base something went wrong. There was an explosion, the base is destroyed. You are the only one who survived. A spacecraft used in the mission is undamaged. The goal is to get to the spacecraft and return to Earth. The path to the spacecraft leads through seven maps situated on the Mars surface and underground structures. 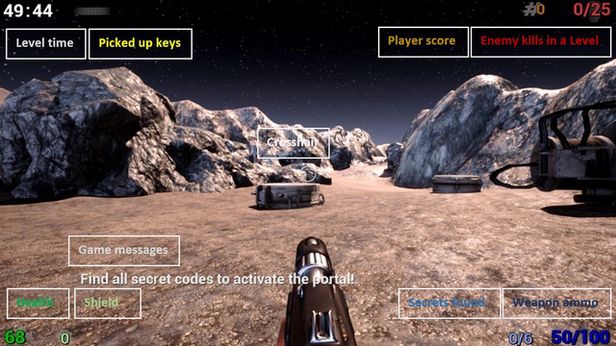 Complete all seven levels to finish the game. Use a portal to advance to the next level. Find all secret codes to activate the portal. Exit the level before the countdown ends. Use pickups to restore health, add shield and weapon ammo. Some of the doors are locked with the keys. Game has score system based on enemy kills and also on level time. You can choose three skill levels: Easy, Normal and Hard.