WaveTiles is a co-op puzzle platformer game for 2 players based on a simple concept which is gradually enriched with a variety of gameplay mechanics. Your goal is to move across each level before your time runs out and the level starts collapsing.

Levels are built on a grid-based design and consist of Tiles that have to be activated by energy Waves. One player controls Explorer who navigates on the level and the other controls Spirit which spawns Waves of 4 different colours and so creates colorful paths for Explorer to follow!

Tiles can have different attributes or host traps and so players will have to take them into account, but they will also be able to utilize a number of magical abilities to help them counter danger.

Both players share the same camera view and advance together as one allows the other to get a step closer to the finish line. You will laugh and scream after making mistakes, congratulate or condemn your partner’s decisions and after crossing the finish line you will both receive and share the same feeling of accomplishment.

You are not just depending on each other to win, you are amplifying each other’s experience! 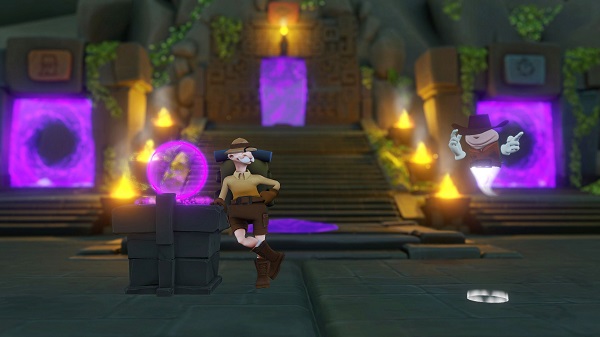