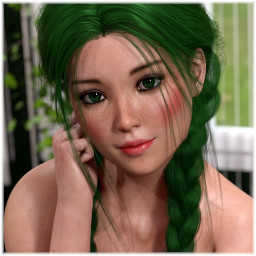 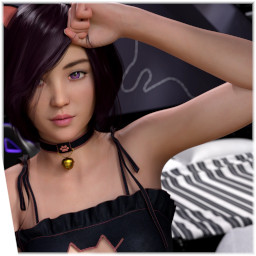 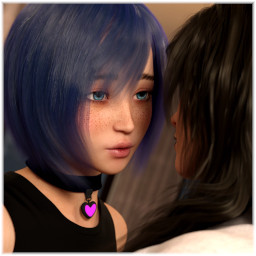 “Sylphine is a passion project of mine, I'm a solo developer and have a love for story based games and Visual Novels, but despite my knowledge of these games, I am all but a godlike developer with the expertise to perfectly develop these types of games. As I'm learning, Early Access will allow me to take my basis of knowledge and develop it, with a community feedback loop that I can use to not only widen my knowledge, but to create a better game as development progresses.

Additionally, the core drive of the game is community feedback, seeing what players like and dislike as far as story and gameplay mechanics go, and using that in future updates. Releasing the game in Early Access is the best way to allow players to join in on the design process, and experience the game and story as it grows and develops.”

“There is no definite date where I plan to flip Sylphine from "Early Access" to "Release". The story will unfold with an undetermined amount of content between the beginning and end, and depending on player feedback, this content may be increased/decreased. This makes it hard to pinpoint an exact date, but the plan for the minimum/maximum time in Early Access is mid 2022 to the end of 2022(Approximately a year and 2 months to 1 year and 7 months). This is estimated by judging how many events will be in game with a leeway for adding/removing events, and multiplying that by how long it takes to develop a new event on average.”

“The full version will differ from the Early Access version almost solely in amount of available story content to play through. All the base game mechanics are in place, things such as relationship progression, character schedules, and combat. As such, future updates will be mainly centered around adding in new playable content, not drastically changing or adding any new mechanics to the game.

Throughout early access I plan to take player feedback and incorporate that into those updates, with the full version being a metaphorical smorgasbord of content, both sexual and non sexual.”

“The current state of the game is what I coin Version .024. Very early on in the overall development, though there is still a large chunk (multiple hours) of content to enjoy.

“The game will have an increase in price once the final update is done. But for the entirety of Early Access the price will not change.”

“The community is the center of the development of Sylphine. We have Discord Server (https://discord.com/invite/QfBPPKD) where members of the community come together to discuss the game and converse about a variety of things. I also regularly read various forums that host the game, interacting with players and gathering feedback to implement into the game!”

Sylphine has frequent depictions of sexual content, including full nudity and graphic sex.

Sylphine is a sandbox Visual Novel that strives to mix adult content, drama, and comedy.

Your mother lost at a young age, you find yourself living with one of her closest friends, Alex, a social worker with a penchant for those in need. Also under her care are 4 other girls, impolite tsundere Celeste, quirky bookworm Serra, laid-back gamer girl Lillian, and airheaded but sweet nature lover Gracie. Jump into the world of Sylphine as your MC navigates the world he was left in, a world he may soon find is not everything that it seems. Delve into the main story of Sylphine and discover what occurred to your mother, why you all came under the care of Alex, and what, what dangers threaten the world, and what your destiny has in store for you. Alongside this, explore two unique dimensions with many character to meet, form bonds with the inhabitants of the world, and grow them into lasting relationships.

All characters depicted in this game are 18+