Rise of Mavros
Developer
Astrid Games
Publisher
Astrid Games
Do you have what it takes to be the light and fight through the darkness? Use your combat skills and special abilities to knock down your enemies and progress through the levels. It is your duty to prevent the Rise of Mavros!
All Reviews:
Positive (14) - 100% of the 14 user reviews for this game are positive.
Release Date:
Developer:
Astrid Games
Publisher:
Astrid Games
Tags
Popular user-defined tags for this product:
Action Action Roguelike Hack and Slash Roguelite Superhero Combat Singleplayer 3D Fighter 3D Stylized Indie Early Access Ninja
+
Reviews
All Reviews:
Positive (100% of 14) All Time

“As a solo indie developer, I wanted to make the best game I can and throughout the early development stages, I have learned that the best way to achieve this goal is to collaborate with the players. Now that the core mechanics are done, and the game (ROM) is fully functional, Early Access is a great way to collaborate with players, expand the core community, and receive valuable feedback to improve the game.”

“The current plan for the Early Access stage is to be about 8 months long. However, ROM will be open to the players’ feedback and ideas from the start. Therefore, this period can be expanded or shortened according to the feedback from the players.”

“The full release version of ROM will develop upon implementing additional assets, as well as polish and fine-tune the experience of combat and building your character skills through a level (map). To be more specific, here are some upcoming features:

- More maps for the players to experience a different atmosphere
- More types of enemies for a colorful and unorthodox combat experience
- More skills to grow your character upon
- Additional characters and skins for the players to play with
- More AI bosses
- Advanced character pawn mechanics
- More music tracks
- Listen to the community & edit this list :)”

“Rise of Mavros is fully functional and playable from the start of Early Access. You can enjoy various maps by completing the necessary waves, unique enemies with different animations, and lots of unlockable skills per instance. Please do not forget that these are planned to increase in numbers almost every month.”

“The price of the game will increase when the game is fully released.”

“I will be monitoring the discussion boards frequently on Steam. So please don't hesitate to ask your questions and post your suggestions through "discussion boards" on Steam. You can also reach me through the email address: info@astridgames.com. Finally, I might open a discord channel if the community really needs it (you can also state that on Steam discussion boards).” 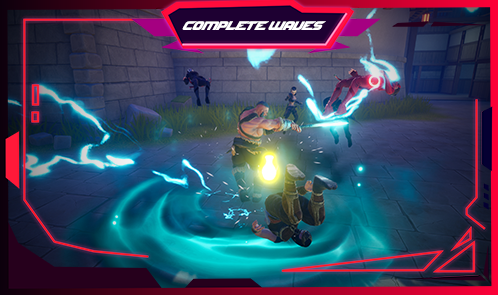 Knock out all the enemies in a wave and progress through the level. It sounds really easy, but after a while, it might get a little harder. Each level has a specific map and in each level there are waves. After the first wave, the number and the type of enemies might differ. Be careful! Some enemies might perform ranged attacks, where most of them are performing close combat attacks. 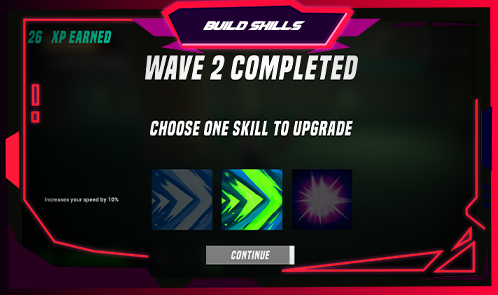 After you survive a wave, you will get the opportunity to claim a reward. 2 random rewards will appear on the screen. The rewards can be either a skill like time freeze or an upgradable attribute like increased movement speed. It is a good thing to develop a reward-building strategy. You might find out that some skills and attributes work really well with each other, whereas some really don't. 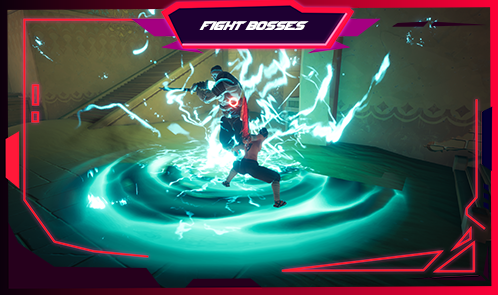 To finish a level and proceed on to the next one, you have to defeat the boss. In the final section of each level, there will be a specific boss fight. Meaning each map has its own boss. In order to defeat these legendary bosses, you have to give them all you got, so be strategic... 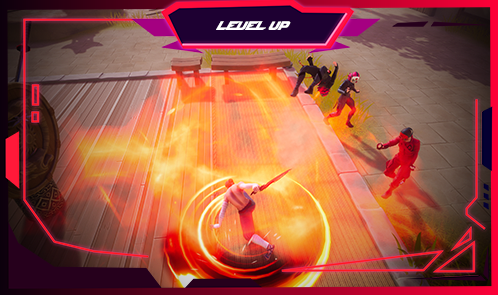 After you complete each wave, you will be rewarded with XP. This will allow you to level up and climb the stages through the "upcoming global leaderboard". Also, you will be able to unlock content that you can enjoy playing with (skins, weapons, etc.). 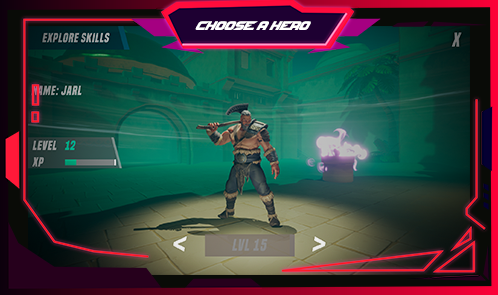 Unlock new heroes as you level up and play with the one that fits your taste. All the heroes can use each and every weapon in the game. Some weapons blend better with specific heroes. Discover the best weapon/hero blend according to your playstyle. Throughout the Early Access process, I will be adding new characters to the game, therefore we will have new unlockable heroes. Join the polls in steam to declare your choice of hero to play/see in Rise of Mavros. Also, track down the Road-Map on Steam to see what is going on with the updates.

Your masters, the ones who thought you "the right way" have betrayed you! Turns out that they were the ones who represented the true evil. As a lost child, you were raised by a cult of fighters: The Mavros. You were taught to defend yourself with your bare hands from any kind of attack and learned to control your body like a superhero. All this learning was to use you and your talent to take control of your beloved planet Vanthakaar. The Mavros discovered the ways to possess the fierce power of Vanthakaar's core and this would enable them to take control of the whole galaxy. Now it's time to stop this madness and bring peace to your planet before The Mavros rises...