Factions, countries and empires that have truly existed in the real history await you. The only difference is that it is in your hand to rewrite their history. Become the ruler of any country you want and lead your nation from small village to the way to be the magnificent empire!
Reviews
All Reviews:
Mixed (19) - 57% of the 19 user reviews for this game are positive. (57% of 19) All Time
Release Date:
Developer:
Bad Button Studio
Publisher:
Bad Button Studio
Tags
Popular user-defined tags for this product:
Early Access Strategy Grand Strategy Real Time Tactics Action RTS 3D Vision Realistic Military Multiplayer Building Medieval Tactical Massively Multiplayer Historical Strategy RPG Base Building Online Co-Op Open World Character Customization Management
+ 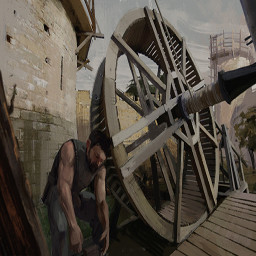 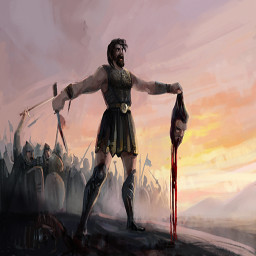 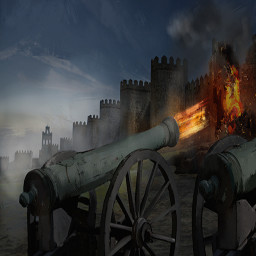 “We want to do our best and we learned that the best way to do this is to work directly with our community even during development stage. King and Kingdoms is a huge game and we have a lot to add. Therefore, Early Access is the best way to receive valuable feedback, on every step of the way, collaborate with our players on what they want to see, and keep considering our players desire of game experience.”

“For at least a year, but may take longer depending on player feedback and the amount of contents we choose to put into the final game.”

“There are two different eras in the game right now. One of them is B.C, and the other is the medieval period. We plan to increase these periods to three until the full release. Adding a new era means new units, new buildings and new visuals. Apart from that, privileges will also be added for each empire or country now in the game.”

“Most of the core features of the game have been implemented. The massive multiplayer mode is fully functional. Up to 70% of the total planned features are currently available in the game. There are approximately 266 different building parts, 182 different units and 52 different countries or empires are readily accessible for the player to found, produce and recruit.”

“There are no exact plans yet and our game price may be kept as the current price. However, the price will likely be raised after it is published as full version.”

“We are currently using our Discord server and Steam forums as the primary way to contact our community. Players can suggest new features and changes in our topics channels. We will continue to improve this process based on the needs and feedback of the community.”
Read more

Factions, countries and empires that have truly existed in the real history await you. The only difference is that it is in your hand to rewrite their history. Become the ruler of any country you want and lead your nation from small village to the way to be the magnificent empire! The world that is always alive and never sleeps awaits you. The world where you may fight against hundreds of players by making them as your enemy, or make them be friend and found an alliance against enemies.
King and Kingdoms is the game where you can dominate the world by gaining fame through your brilliant strategies and tactics. As you can see, King and Kingdoms has a perfect match between strategy and simulation by complex gameplay experience. Build and develop your main city, conquer new cities and build your own empire. Train your own people and recruit top level soldiers to defend your empire against those who dare to desire seizing your lands and treasures. Every decision you make as a ruler will have an impact on the journey of leading your village to be the great empire, and it will have repercussions throughout the realm.
As a great empire you can establish your own clan and rule the whole world! This is your destiny and write your own history!