“Early Access is the perfect opportunity to develop the game WITH the community. Like so we want to assure the development goes in the right direction.

This game is very special to us and we want to make it special for you too. So we are thankful for anyone who brings ideas, suggestions and bug reports so we can make it a special experience to play.”

“We want {Undefined} to be as good as possible and we want YOU to be fully satisfied with the game before we bring it out of Early Access. So YOU take a huge role in this decision!

We suppose the game will be in Early Access for about 2-3 years.”

“In the full version we plan to have more planets, moons, refined and more systems, spacecraft, aircraft, vehicles, more survival elements, enemies and PVP Multiplayer. And of course it should not have any bugs ;)”

“At the moment there is:

“The price will increase after the full launch of the game because we think it's a very complex game and a lot of effort is put into it.”

“In order to contribute to the game you can do two things:


To do that you can go to our website and klick "Report a bug"!

We also set up a discord server where we will interact with the community. The link to our discord can also be found on our website!

We appreciate every input we get! Every reported bug and every idea we read can make {Undefined} a better experience to play.”

The idea for {Undefined} came, because conventional games provide you with premade building blocks which can then be used to build stuff. But premade blocks always bring limitations. So we created {Undefined} where we provide as little premade objects as possible!

{Undefined} is a sandbox survival game like no other, set on life-sized voxel planets with realistic physics with the possibility to shape your own building blocks. From your custom made furniture, walls, crafting stations to vehicle parts. You shape the blocks which can then be used to build buildings, spacecraft and aircraft. Endless possibilites with as little limitations as possible!

Life-sized voxel planets with various biomes and climate zones. From high mountains to flat grasslands, from hot deserts to cold arctic environments, you have to survive and use the resources you have! 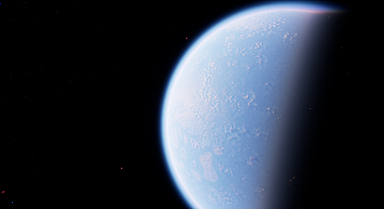 Shape your own components!

Unlike in conventional games, in {Undefined} you can shape your own building components! Shape and design your own walls, furniture, machines, vehicle components, statues... you name it! Our Object Designer allows you to carefully design anything you can imagine without any limitations. You can even design functional blocks like lamps and crafting stations! 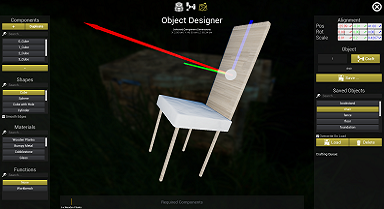 Now use your designs!

Of course, after designing your own furniture or building components, you will have to use them! Build the house of your dreams, or spacecraft to fly into space and construct a spacestation up there. The only limit is your imagination! 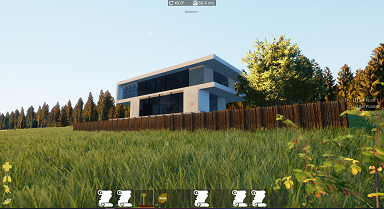