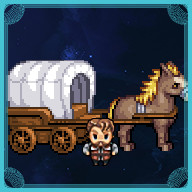 From high school, I read a lot of light novels, from toilet paper to masterpieces, all kinds of quality.

I think of the fantasy about the strange world that I have had since I was a child, conceive those absurd and strange things, and imagine the adventure of the non-existent sword and magic world.

Just at the end of the last krz masterpiece of Warcraft platform, we came to design this game.

We should transform our dreams and fantasies into tangible ones with our own techniques and means.

For some reason, the protagonist comes to a different world after death and turns into shrem by accident. Shrem is a weak creature, especially in this monster infested underground city, but he has unlimited skills: predation! As long as you keep eating, you can get unlimited attributes, unlimited skills, and unlimited power!

through a series of predation skills, you can obtain certain attributes of a monster when eating his residual blood. At the same time, you have a small probability to obtain his skills.

Most of the characteristics of all monsters are made up of those skills, so as long as there are corresponding skills, you can cultivate different playing methods (however, most people are full blooded, because this kind of playing method is too easy to cultivate)

The combat adopts the ATB + flag mode. The turn speed is based on its own agility. The higher the agility, the faster the action.

Other game playing methods and instructions need to be experienced or inquired in the game.

The main line of the game is weak, but it contains a large number of areas to explore, hide and solve puzzles.

PS: the protagonist is very, very weak in the early stage. If he is weak enough to go out, he will be killed. He should pay attention to all his attributes, especially agility. If he is not fast enough, he will not be able to get hit frequently. His equipment also has weight and the design will be agile. So he can't install equipment and skills at will.

There are three kinds of difficulty settings in the game settings, which can be switched at any time. The default is simple difficulty, but the ordinary difficulty only adds a new system, and the difficulty will only enhance part of the boss ability.

The overall difficulty is very low. After mastering the fighting methods and game playing methods, you can easily pass the customs.

PS: predation is too strong. It can be said that it's a brush game. But once you start to brush, it can be said that you can kill all the bosses that you couldn't fight before in half an hour, so the overall battle difficulty control is in the hands of the players.


All enemies and players use the same set of numerical calculation. If only the average attribute of each level is considered after the predation brush attribute, the player can crush all monsters, so the player can easily skip the level to fight monsters.

Of course, if you want to reduce the use of predation and increase attributes by upgrading normally, it will be normal combat difficulty (if you don't brush it, it's easy to be beaten to death by jumping the level to fight monsters)

the original intention is to design a dream environment for yourself, which makes it clear that the face object is a game of your own.

A lot of people are interested in it and put forward a lot of opinions and suggestions to me. Although I said it was for myself at the beginning, I will make corresponding improvements in the end and put it on steam. Laugh.

At present, there are only two chapters in the game, and there will be about six chapters of plot arrangement in total. However, it has not been decided what to do in the future. It was originally made as my hobby. Even if I suddenly abandoned the pit, it would not be a special trouble for me.

Of course, there is a high probability that later chapters will change engines to make act or something, which depends on which one you want to use