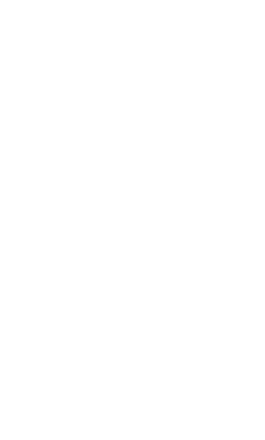 “Even though we have a lot of passion for this game, it's still a risky game to make, so before spending all our resources to make a lot of different missions, side content, and tones of text, we want to be sure there are not only us excited about how it plays - so we start small, with fully playable main mechanics and part of the story, before expanding the additional content.”

“Generally speaking, the full release version of Kargo will expand on the storyline and secondary missions, as well as polish the stealth and action elements. Also, gamepad support.

As the game has its first "Early Access release", this text will be updated with more clear plans and a roadmap.”

“When the Early Access starts you will be able to fully experience the core mechanics of Kargo - driving, shooting, some parts of open-world interactions on the map, and, of course, the atmosphere of a neo-noir night drive with up to 2 hours of storyline gameplay (we don't count side content here).

The whole game and its story are divided into 3 main areas (and Acts) and we plan to deliver the first of those by Early Access release.”

“The price will increase moderately after the release of Act II and Act III.”

“We are a small indie team with a strong passion to discuss our product on social media, community forums, and wherever we can find feedback. We even read commentaries to YouTube videos about our previous game.

So we welcome and encourage you to let us know what you think! After all, we all want to achieve the best result here! So dropping a line or two on the games Steam forum will help provide the best possible experience during Early Access with the goal to deliver a better game.”

It's a minimalistic neo-noir adventure game with a focus on atmosphere, storyline, and stealth driving gameplay. It takes place in the middle 2000s in Eastern Europe, and among our team, we usually discuss it as "GTA+KRZ weird slav kiddo". I also really love the short description that's placed above this text, and I won't feel bad for repeating it here:

"Be a heist driver, smuggle drugs, avoid police, gamble at illegal fight club, meet disgusting people and look for a lost cargo in the middle of nowhere in an open-world neo-noir adventure that tells a story of two thugs working for an Eastern European crime syndicate."

It's simple, you'll quickly get used to it.

A few weeks ago, a truck loaded with heroin left the dock of Karpov, but disappeared before reaching its destination somewhere in the middle of two cities. It was later found robbed, with all guards dead and no clues to follow.

The syndicate assigned you to escort the next shipment and sent you an old pal as a wingman.

How did it happen that now you are standing in the middle of the night forest in the Karpov region, observing the corpses of the driver and guards of the truck, the empty body of the car, and not a single trace of the thieves? How did it happen that it was ambushed, while only you and the onboard crew knew which route it would take?

These events will mark the beginning of a long story. Right now you shouldn't hesitate - the road is waiting, we have a missing cargo to find.