In the dark and dangerous world of the night, all you can rely on is your voice and your ears! Let's go on an exciting night hunt with the little bats!
Reviews
All Reviews:
Positive (27) - 100% of the 27 user reviews for this game are positive. (100% of 27) All Time
Developer :
ハコニワハコビヤ
Publisher :
ハコニワハコビヤ
User Tags
Popular user-defined tags for this product:
Action Casual Pixel Graphics Beat 'em up Side Scroller 2D Cute Flight Retro Hunting Nature Score Attack Tutorial Conversation Character Customization Singleplayer Demons Vampire Indie
+ 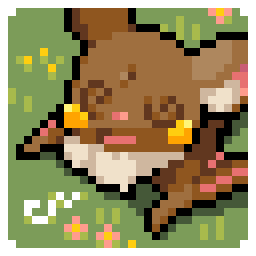 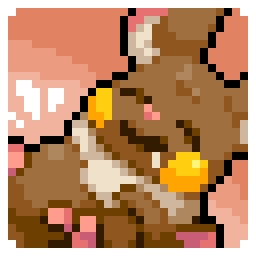 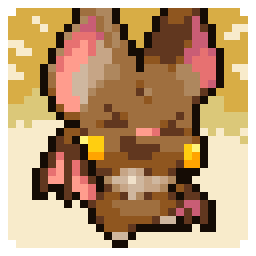 Bats have a special ability called echolocation.
By listening to the echoes of the ultrasound, They can catch objects in the dark and protect yourself from dangerous ones.
ECHOLOCAUTION is a score attack action game based on the ecology of these bats.
Each game takes about 2 minutes to play, so you can play it anytime you want.

◆Use bats echoes to make sure hunt goes off without a hitch!

Bats are active at night! Eat as many bugs as you can before dawn.
Score points by eating insects, and get a combo bonus if you eat them all at once during the echo!
Use bats echolocation to predict the movements of incoming owls and avoid them. And your remaining energy will be added to your score.
The goal is to get the highest score possible!

◆There will be all kinds of bats!

The immature parti-colored bat, the coolness free-tailed bat, and the mischievous long-eared bat.
In their home, there is also an affectionate megabat mother and white bat triplets who are always friendly!
The bats live in groups, regardless of species. May find a new family member while playing with them......?

The little bats are curious about many things in the outside world.
Even things that look like mere junk are treasures to them.
"You'll be amazed when you show it to everyone." " I wonder if Mommy will be happy."
Let's take them home and fill the box with them.

I use an automatic translator for English support.
I hope you will understand that the nuance may be different from the original Japanese.