“We decide to release Ocak as an early access because we want to involve community to creation of our game. We don't want to use early access as a test ground we want use it as a tool to expand our game and create a community.”

“We plan to continue developing Ocak at least for a year. After a year we will talk to our community and decide together what path we should choose.”

“We think story should end with release not when we are still in early access. Because of that early access version doesn't include BBEG and last half of the main story. Released version will end the story. Except that we are planning to do:
”

“Ocak is currently playable and storywise contains prologue, first half of story and bunch of quests and encounters. Main gameplay loop is working and contains
”

“No, price will not change when we leave early access.”

“We want to develop our game with our community. This is not just limited to balancing and fixing bugs we also want add community created NPC and bosses in our game. We don't want to use our community as a beta tester.
We will be very honored if you want to became part of this journey.”
Read more
This game is not yet available on Steam 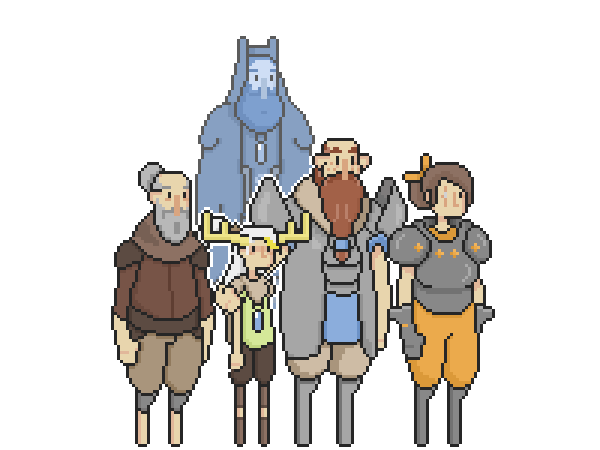 Ocak is a turn-based 3D/2D dungeon crawler game where you go on an adventure and fix Gʟɪᴛ𝒸ʜᴇˢ with your companions.