Lama Azavtani-救赎
Developer
NuoMiGame游戏开发工作室, 玖日六叔
Publisher
NuoMiGame游戏开发工作室
In the game, we can experience that in the moderate violent combat, the survival days will increase while breaking through the barrier, and different days and states will usher in different plot trends. Lama Azavtani tells the story of survivors fighting for survival after the end of the day.
All Reviews:
Mixed (11) - 63% of the 11 user reviews for this game are positive.
Release Date:
Developer:
NuoMiGame游戏开发工作室, 玖日六叔
Publisher:
NuoMiGame游戏开发工作室
Tags
Popular user-defined tags for this product:
Adventure FPS Zombies Action RPG Third-Person Shooter Post-apocalyptic Realistic Action-Adventure Puzzle Shooter 3D Platformer First-Person Satire Cinematic Third Person VR Linear Stylized Noir
+
Reviews
All Reviews:
Mixed (63% of 11) All Time 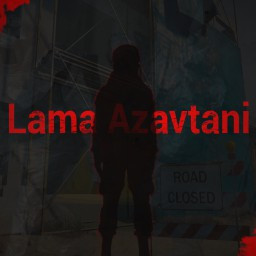 Lama Azavtani is a multiplayer shooting game. Players need to complete the relative characters on each map. According to the story and the increase of content, you can unlock more checkpoints and cool gun skin. You need to fight with the enemy and pay attention to the values on the map. His changes will affect your game progress!

-Zombies will fall into a deep sleep during the day, with weak attack power, but gunfire will wake them up.
-The zombie moves freely at night, he will know where you are looking for you, and keep himself safe at night.
-The values on the map will affect the progress of your game and the physical state of your character
-The noise of the pistol is very small. It is recommended to use it when attacking zombies during the day
-At present, the chapter is only open to the city of Ryder, and other places will be updated one after another
-The game contains a variety of weapons for players to choose, and you can choose your favorite weapon to play
-The game level contains a small number of decryption systems
-Players can change weapons by pressing F in the level (currently only the main weapon is open)
-Mainly good partners in the safe area, some of whom have been cured, and the disease is likely to have a second attack
-The zombie sleeping during the day doesn't mean that he can't perceive human beings. If he is in close contact, the zombie will enter the attack state

The game tells the story:

Creative poster of the game：

Some minor problems:
- If the new version is updated, how can the current archive be saved to prevent the archive from disappearing after updating?
- The folder game/fps/saved/saveframes/123.sav.
- Just save the 123.sav file, and then put this file back in this folder after updating the game to save the previous archive

All characters and events that appear in this work are purely fictitious, any similarity is purely coincidental
Some models in the game are from Unreal Mall. If there are any infringing items, please contact us as soon as possible
Author delete
It is forbidden to reprint this game to other platforms without the author's permission
If found after verification, pursue legal responsibility