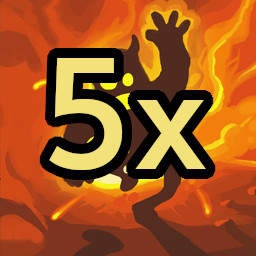 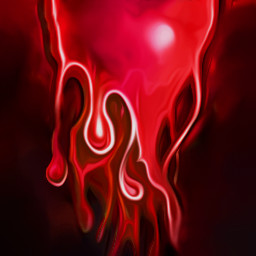 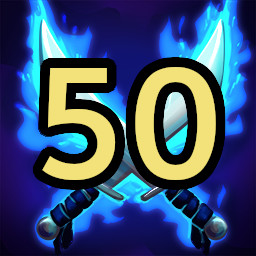 “I have been working on Lame Defenders for over a year now in my spare time as a hobby. It is a small game and the basic gameplay is done. I would like to offer this game to all the gamers interestend and gather any feedback to make it better and polish it.”

“I would say anywhere between few months and one year.”

“Full version will be changed according to the player feedback. I would like to add more content and especially fix as many bugs as I can. New content would be in particular new heroes, monsters and arenas. My original goal was to have around 50 heroes in the game before release and 15 different arenas with unique enemies and I would like to come close to it at least.”

“Currently I have 10 different arenas to fight monsters. There are 30 heroes to hire and play with and little over 30 enemies that are spawning in waves and increasing their strenght with each wave. Heroes and enemies have more than 160 skills at their disposal. Also online score leaderboards are available to compare your performance with other players for every arena.”

“It depends on how much work will be put into finishing the game and how much content I will add before full release. I am considering one slight increase of price with full release of the game.”

“I would love to tweak the game based on player feedback and make it more interesting and fun to play for everyone. I would like to add new heroes, monsters and arenas based on player feedback as well as do some gameplay tweaks to improve the fun factor of the game. Also the pace of the game and controlls are subject to change based on suggestions give by the players.
For sending feedback you can use Steam forums or our Discord server: https://discord.gg/KSmnVBm”
Read more

Lame Defenders is a mix of RTS, RPG and Tower (Hero) Defense games featuring real time tactical combat with ability to slow time. Hire many different heroes and assemble your team of up to five of them and beat waves of enemy monsters. Earn gold and experience, hire more heroes, tweak your teams and slay more monsters to dominate the online leaderboards. I hope you will like the game. I am a solo developer from Czech Republic who likes games and everything around gaming for a long time.

The game currently contains 10 arenas with different looks and types of enemies that you have to beat. You will face weak pawns but also elite monsters that will cause you lots of trouble with their powerful skills. You have to read carefully description of enemy skills as there are skills that will wipe your heroes very quickly if not countered correctly.

You can assemble a team of maximum 5 heroes of your choosing from over 20 heroes at the time (more heroes will come soon). The heroes might not allways be the coolest and strongest people but hey everyone has right to be a bit lame from time to time. Every hero has 3 unique skills for you to use. There is no mana or other resource, only cooldowns. Pick your team wisely as there are different types of heroes as you know them from other games - there are tankier heroes, healers, damage dealers or supports with buffs and debuffs. You can also customize playstyle of every hero by adding attribute points (attack, defense, agility) as you earn experience and levels.

In every arena there are different monsters that will spawn periodicaly in waves. New waves will introduce new monsters and every wave will make all monsters stronger. You have to use your heroes to beat as many waves as you can and delay the monster invasion and give your people time to build defenses. You also have possibility to slow time to give yourself a little break and do some thinking about your strategy.

You control Lame Defenders just as any other real-time strategy game like Warcraft/Starcraft. You can use mouse and keyboard to control your heroes.

Lame Defenders has its own online leaderboards for every battleground in the game. Can you compete for the best score?

Game contains graphical violence in a cartoony art style and might contain some bad language.