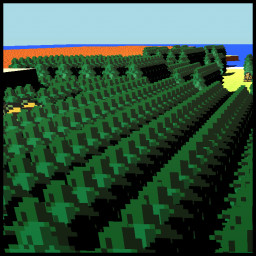 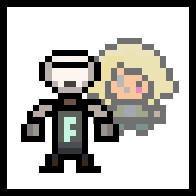 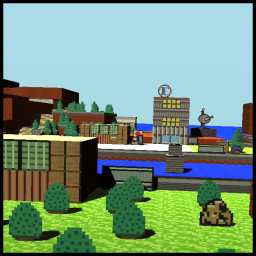 “Cache Isle is a large space. I want to make sure each level helps facilitate the next.
Early access helps me put equal time to each space. Focusing in on the encounters and how they play into the overall story. I'm motivated by being able to release devlogs, highlighting changes as we approach our goals for the full version!

I am a one person team. This is the first time I've made a game with such a large system attached to it. With that, I want to assure all of its features function properly and effectively. I want to rule out the possibility of monsters getting cloned accidentally, or saves getting corrupted. The game is in the early stages and needs lots of playtesting to sort out bugs.
I'm trying my best to keep saves consistent across future updates. This way you can keep your progress across the game's development! If anything changes I will warn everyone of a save wipe if needed.”

“I intend to have Entodrive completed no later than first quarter 2022.”

“Price is planned to increase after leaving early access.”

“I'm leaving a next update by date typed out on the main menu of the game, so you know my time table for getting you an update.
I intend to listen to the community, read posts, and suggestions to improve the early builds of the game.
I keep spreadsheets and log every suggestion and bug report.
I'm trying my best to make saves consistent across all version of the games, so as the game updates you can keep your monsters and progress.
Every time I update I'll leave a patch notes article in the community tab, so there is transparency about what I'm changing per version of the game.
I may leave questions for the community in patch notes that anyone is free to respond to in its comments. Answers there will impact future design decisions I make.
I also want to leave transparency in my patch notes on what I intend to work on for the next update.
I'm a one person team, so things may be subject to change just depending on work schedules and life events.”

• Hack Entodrive into your crew!

• Battle Entodrive in turn based combat.
• Help the people of Cache Isle with Entodrive related incidents.
• Thwart the Forever Corporation's raid of the Isle.
• Face your dev partner Max Jai in battle.

Play as one of the developer's for Entodrive AR. An augmented reality game that was made to gamify an outbreak of computer viruses. Your partner in development Max Jai was the face of business, but never got his hands dirty to develop the game. He calls upon your help when realizing Entodrive aren't behaving how they were programed. Entodrive begin attacking and possessing objects in the real world. The Entodrive have become something more than you intended. It is up to you and Max Jai to go on a quest to rediscover what Entodrive means to the people of Cache Isle and save them from Entodrive related incidents. This game takes place in the Apastron universe.

Build Transparency :
All 238 Monsters are programmed in currently.
Main story is completable! Only content missing is some of the postgame.
Overall Move Consistency, and effects need work.
If you encounter issues, the debug menu has cheat codes to help you! The teleport to center of map button is there, or enable moon jump in the debug options menu and tap v.